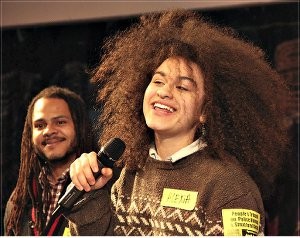 Harlem, N.Y. — On April 2, community members, activists and organizational leaders packed the historic National Black Theatre in Harlem, N.Y., for the opening session of the People’s Tribunal on Police Violence and Structural Racism. Organized by the People’s Power Assemblies, the tribunal was organized as the first in a series of events that would amplify the voices of those who have suffered in the racist and violent system in order to draw the connections between police brutality and other forms of systematic racism in the U.S.

The event started with opening remarks by Jonathan McCrory, the director of the NBT’s Theatre Arts Program, who welcomed everyone to the space and reminded participants that a heart prepared to give and to be gifted with the healing power of communal stories was an act of liberation. 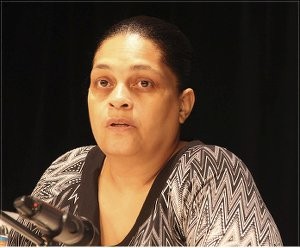 Larry Hales, a member of the PPA, followed with remarks about why this tribunal was so necessary, in this current moment, to bring people together in dialogue about police violence and multiple forms of oppression and begin to discuss collective means of liberation.

A panel of various grass-roots activists and family members of loved ones lost to police violence spoke. Kamal Muhammad and Prince Akeem, two youth activists, shared their personal experiences with police. Prince Akeem detailed the way police harassment was normalized in his adolescence, but how a series of incidences with the police eventually led to his path to activism.

Cynthia Howell, niece of Alberta Spruill who died of a heart attack after police mistakenly raided her home in 2003, spoke passionately of her aunt’s death and her family’s quest for justice. As organizer of Families United For Justice — a group of family members of victims lost to police violence — Howell emphasized the importance of family members telling their own stories. 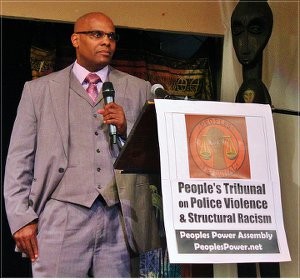 The event then opened into a town hall in which audience members related their own stories of police violence. Young and old, from California to New York, speakers told harrowing tales of harassment, struggle and tragic loss.

Longtime activists Monica Moorehead and Larry Holmes contextualized the personal testimonies of loss within global, national and local struggles against gentrification, state violence, the spread of the prison-industrial complex and other forms of oppression.

Throughout the night the impassioned speeches showed the direct costs of police brutality and racism on individuals, families and communities, but they also showed the resiliency of communities and activists who have chosen to speak out in a desire to fight oppression and shut the system down. Many in the audience committed themselves to helping to build the tribunal in the coming months, with the goal of letting the people decide how to counter police terror.