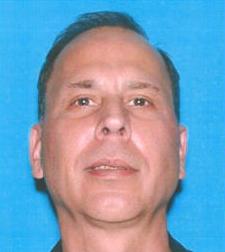 In a Jan. 29 letter, Los Angeles County District Attorney Jackie Lacy said her office found “there is insufficient evidence to prove beyond a reasonable doubt” that police officers Armando Corral, Leonardo Ortiz and Michael Ayala “did not act in self-defense and in defense of others” during the Dec. 13, 2013, fatal shooting of 51-year-old Brian Beaird, a National Guard veteran with disabilities, including diagnosed paranoia, schizophrenia and post-traumatic stress syndrome. (Los Angeles Times, Feb. 23)

The DA’s decision not to press charges came despite Los Angeles Police Department Chief Charlie Beck’s 2014 statement that the officers’ use of force was “not justified,”  and despite the LA City Council vote that taxpayers — not the cops who killed Beaird — pay a $5 million federal civil rights settlement to Beaird’s family.

Beaird’s 80-year-old father, Billy Beaird, watched on TV the car chase and police shooting that killed his unarmed son after Brian called him from his car during the chase. “They shot my son in cold blood,” Billy Beaird said after the city’s vote to pay the settlement. “I would not trade my son’s life for every nickel in LA. He means that much to me. I could not believe what I saw.” (LA Times, Aug. 20)

The police say that after Beaird got out of his car, one officer said he believed he saw Beaird reaching for his waistband. The cop fired a beanbag, causing Beaird to stagger and bend over. The cops then fired 21 shots, according to Beck’s internal investigation. Lacey’s letter noted that Beaird was hit with 13 rounds — three of which were fatal and, based on the bullet trajectories, were fired when Beaird was on the ground. News footage shows a “DP” plate, for disabled person, on Beaird’s Corvette.

Was this an isolated incident? Or is it part of U.S. law enforcement policy for treatment of people with emotional, psychological and mental disabilities? “At least half of the people [annually]  shot and killed by [U.S.] police … have mental health problems,” stated a 2013 report by the Treatment Advocacy Center and National Sheriffs’ Association, which assessed 1980-2008 data. (“Justifiable Homicides by Law Enforcement,” tacreports.org) Why?

On May 1, 2013, Wendy Brennan, National Alliance on Mental Illness of New York City executive director, testified at an NYU Langone Medical Center forum that “there is a strong belief … that people with serious mental illness are dangerous and [commit] … a significant amount of the violence in this country. … A 2006 American Journal of Psychiatric study [said] only 5 percent of violent crimes … can be attributed to people with mental health problems.”

In July 2012, the American Psychiatric Association stated: “This position statement was proposed by the Workgroup on Violence Risk of the Council on Psychiatry and Law. … [M]ost psychiatrists … assess the risk of violence to others. While psychiatrists can often identify circumstances associated with an increased likelihood of violent behavior, they cannot predict dangerousness with definitive accuracy. … [S]ome individuals assessed to be at low risk will act violently while others assessed to be at high risk will not.”

Studies have shown that the so-called mentally ill are much more likely to be crime victims than perpetrators. Despite this, the first question often asked at medical facilities of people with this disability is “Do you own a gun?”

In the 1920s, Harry Laughlin, of the Eugenics Record Office at the Cold Spring Harbor Laboratory, designed a model eugenics law that “legal experts” reviewed. (Eugenics, a pseudoscientific social movement that began in the late 1880s in Europe whose proponents claimed would improve the genetic makeup of the human population through selective breeding and sterilization — ending reproduction of people having so-called “genetic defects” or “inheritable undesirable traits” — was based on the racist, classist idea that it is possible and desirable to distinguish between superior and inferior elements of society.) In 1924 Virginia adopted a statute, based on Laughlin’s model, authorizing compulsory sterilization of the intellectually disabled for the purpose of eugenics.

Hitler modeled his law for the “Prevention of Hereditarily Diseased Offspring” on Laughlin’s eugenics law. The Third Reich held Laughlin in such regard that they gave him an honorary doctorate from Heidelberg University in 1936.

The Virginia law was soon tested in the courts. Carrie Buck, an 18-year-old mother, was considered to have the intellectual capacity of an 8-year-old. After she was raped and subsequently had a daughter, the state decided to sterilize her. Her guardian appealed the case to the U.S. Supreme Court. In 1927, in an 8-1 decision, the court declared that she, her mother, Emma, and her daughter, Vivian, were so-called “feeble-minded” and “promiscuous,” and that it was in the state’s interest to sterilize her. The court upheld the order to sterilize Buck and the law which authorized it. The ruling legitimized Virginia’s anti-poor, anti-disabled, racist and sexist sterilizations until the law was repealed in 1974.

This decision has never been overturned. Defense attorneys for Nazi war criminals, however, used it at the Nuremberg trials to justify the forced sterilizations of people with emotional, psychological and mental disabilities.

The Supreme Court is scheduled to hear the case of Sheehan v. San Francisco after a woman similarly disabled, Teresa Sheehan, was shot and almost killed by the police. She successfully sued the city for violating her civil rights under the Americans with Disabilities Act. Now San Francisco is asking the high court to add to its abysmal record on people with disabilities by reversing this decision and sanctioning a police exemption to the ADA.

The gravest danger related to so-called mental illness has become the abuse of this large and uniquely stigmatized section of the disabled community. However, we are dangerous to the system that devalues people of color, women, LGBTQ people and people with disabilities. Why? Because in the spirit of heroes like Carrie Buck and Teresa Sheehan, we will resist and build a world that values everyone, based on the premise: from each according to our abilities, to each according to our needs.

Edward Yudelovich, an organizer of the Workers World Party People with Disabilities Caucus, is a person with an emotional disability.