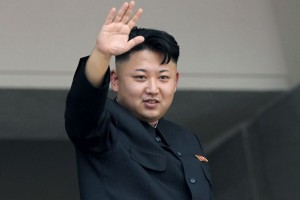 Kim Jong-un of the DPRK.

Just this past Dec. 18, the lone opposition party with seats in the South Korean parliament was banned by the right-wing government there and its leaders arrested. Shortly after that, the self-proclaimed “democratic” regime in Seoul deported a Korean-American woman who had the courage to publicly say some kind words about the government in the north of the divided peninsula, the Democratic People’s Republic of Korea.

The repression in south Korea has been so severe that the voices of those seeking detente with the north are seldom heard. This has also been true here in the United States, which has militarily occupied the southern half of Korea for 70 years, relying on brutal military dictatorships for much of that time.

But the voice of progressive opposition has finally broken through here, in the form of a full-page ad purchased by Korean Americans in the March 14 edition of the New York Times. It calls on President Barack Obama to abandon Washington’s hostility to the north and open a dialogue toward normalizing relations with the DPRK, similar to his new tack with regard to socialist Cuba.

The “Open Letter to President Obama” calls on him to carry through on promises he made to Korean Americans during his first election campaign, when he indicated he would seek a normalization of relations with the north. It describes their keen “disappointment” that instead Obama has tied his stance on Korea to his so-called Asia Pivot Policy, aimed at China.

“In terms of your policy toward North Korea,” the ad says, “sanctions and embargoes were tightened; dangerous military maneuvers were held seasonally right at the doorsteps of North Korea, including flights of nuclear bombers near North Korean air space. Almost every channel of contact with North Koreans, official or otherwise, has been closed.”

Recalling that the 1950-53 Korean War ended with only an armistice agreement, it adds that “a peace treaty and diplomatic normalization between the U.S. and the DPRK would allow the DPRK to reduce its defense spending and move on with its economic agenda.”

The ad contains statistics showing that “liberation from external threats, most of them coming from the U.S., is needed in order to restore the economy and shift resources from defense spending to fulfilling human needs.” It points out that while the north spends about 30 percent of its GDP on national defense, it has only half the population and a much smaller economy than the south, which spends four times as much money on its military.

This explains, says the ad, why the DPRK “is in such a tight economic bind, and why loosening it requires liberation from external threats, sanctions and embargoes, most of them imposed by the U.S. over the past 70 long years!”

In spite of this, the ad says, “The DPRK has sustained its national integrity, and its model socialist political and economic system has emerged intact, after 70 years.”

It reminds Obama that in his speech on Cuba he stated that isolation, sanctions, embargo and military pressure failed to achieve regime change. “This is the case in North Korea as well as Cuba. … This success of North Korea is not achieved only through military strength, rather, it depends on the willingness and determination of the North Korean people to bear and accept continued economic hardships.”

The ad is signed by a large number of Korean-American individuals and organizations. It is notable that it appears at a time when the demonization of the DPRK by the U.S. government and the imperialist media, including Hollywood, has reached scandalous proportions.

In south Korea, the signers of this ad could face prosecution under the anti-communist National Security Law. They have spoken out bravely and need support from the progressive movement here, in the belly of the beast.