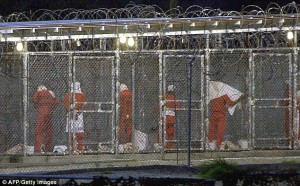 A Senate Select Committee on Intelligence report on the CIA’s use of torture at Guantánamo Bay and other locations states that much of the torture was supervised and inspired by psychologists.

The American Psychological Association answered this report by stating: “The document’s release recognizes American citizens’ right to know about the prior action of their government and is the best way to ensure that, going forward, the United States engages in national security programs that safeguard human rights and comply with international law. The new details provided by the report regarding the extent and barbarity of torture techniques used by the CIA are sickening and morally reprehensible.” (apa.org, Dec. 9)

Despite this pious disclaimer, James Risen’s book, “Pay Any Price: Greed, Power, and Endless War,” reveals that the APA had modified its ethics code to allow such interrogations. Despite many efforts by the Coalition for an Ethical Psychology and other organizations to ban psychologists’ participation with the CIA, the APA leadership refused to interfere in the joint interrogations by the CIA and its psychologists.

A blurb for the 2011 book “Ethical Practice in Operational Psychology: Military and National Intelligence Applications,” edited by Carrie H. Kennedy and Thomas J. Williams, illustrates these practices: “The field of operational psychology, and consequently its standards of practice, are evolving and expanding at a rapid pace. Now, more than ever, psychologists’ expertise is employed on a day-to-day basis by members of the military, national intelligence, and public safety communities.”

Risen reports that two psychologists, James Mitchell and Bruce Jessen, devised a list of coercive techniques to be used in questioning prisoners. They personally conducted interrogations in which they tortured CIA detainees, and then trained thousands of “technicians” to do the same.

In 2005, the two formed Mitchell Jessen & Associates to specifically conduct work with the CIA. Between 2005 and 2009, their firm collected $81 million from the CIA. The company had 120 employees and worked for a number of military installations.

Both Mitchell and Jessen had doctorates and experience in fields unrelated to torture and interrogation techniques. However, they had ties to the CIA and military experience, and had been recommended by their associates. Their winning recommendation for eliciting information from detainees was to use the concept of “learned helplessness,” which was developed by E.P. Seligman in his research with dogs on classical conditioning.

In 2009, Democracy Now interviewed Salon national correspondent Mark Benjamin and Vanity Fair journalist Katherine Eban, both of whom wrote articles in 2007 on Mitchell and Jessen. Eban said, “Psychologists loaned their names and loaned their credentials and their Ph.D.s to this kind of activity and essentially were used by the Bush administration to provide a kind of ‘get out of jail free’ card for the people who were, you know, doing these interrogations.” (democracynow.org, April 21, 2009)

Benjamin stated: “I don’t think you can overemphasize the extent to which the Justice Department relied on the advice and consent and participation of these psychologists, not just in designing the program, but carrying it out and arguing that it was safe and that it wasn’t torture. I mean, they were an absolutely vital part of this program, either in the room while these people were being tortured or watching on videotape. … So long as there are trained psychologists from the SERE [Survival, Evasion, Resistance, Escape] program who are on site at these interrogations who are saying that these detainees can withstand this treatment, are not being harmed psychologically, then it’s not torture.”

Mitchell and Jessen recommended inflicting terror and pain on their subjects in order to elicit information and to render them obedient and malleable to gain cooperation. The two have since retired, but their work continues, protected by the current administration and the APA despite sanctimonious disclaimers. How does this happen?

In the drive for quick profit that characterizes the capitalist system, every technology and theoretical framework is molded to fit the purpose of those in power. For that reason, the most lucrative positions in the field of scientific research and engineering are in the military. The U.S. military funds much of the scientific and technological research both inside and outside of the walls of academia.

The skills of scientists, information technologists and engineers are also bent to fit the needs of other corporate industries such as pharmaceuticals, big oil and gas. There is no intellectual, theoretical or scientific pursuit that can escape the requirements of the profit system without risking loss of income and ostracism.

As a science, psychology is a relative newcomer. It has had to compete with other, more powerful fields such as medicine, for its place in the sun. Since the 1940s, the military has provided a safe haven for psychologists, employing them in its massive Department of Veterans Affairs system as well as in Selective Service, intelligence and combat.

After 9/11, when the “need” to get “good intelligence” from captured “enemies” became more urgent, there was a race to find a scientific cover story for both the effective extraction of information and ethical responsibility. The medical profession, for the most part, refused to participate, but the psychological establishment, which had a more dependent relationship with the military, was willing and able.

Human needs under the capitalist system are trumped by corporate greed. Despite its insincere recommendation for the investigation of its own practices, the American Psychological Association should be held strictly accountable for its official sanctioning of torture.