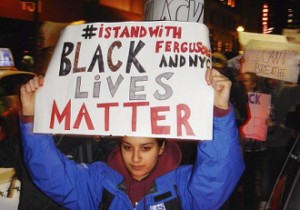 With the 50th anniversary of the assassination of Malcolm X on Feb. 21, activists worldwide are taking time to remember this African-American revolutionary icon and his legacy of struggle “by any means necessary.” In the U.S., Workers World Party branches, members, friends and allies are commemorating the life of Malcolm X with meetings and programs in several cities. These events will coincide with a national call made by activists in Ferguson and St. Louis, Mo., to organize shutdowns against police and state repression in honor of Malcolm X.

In Huntington, W.Va., the group Workers and Students for Appalachian Socialism will honor Malcolm X with a panel discussion on Thursday, Feb. 19, on “Racist injustice, police terror and the system that promotes it.” The panel will feature Professor Keelon Hinton, who teaches “Race and Culture” at Marshall University, and Lamont Lilly, a Durham, N.C.-based activist who is a contributing editor at the Triangle Free Press, a Human Rights Delegate with Witness for Peace and an organizer with WWP. The event starts at 7 p.m. at Marshall University, Shawkey dining room, 2nd floor of the Student Center.

In Detroit, the WWP Black History Month forum on Saturday, Feb. 21, will include videos and recordings of Malcolm X, the “voice of struggle and liberation,” as well as a featured talk by Detroit revolutionary leader Abayomi Azikiwe, editor of the Pan-African News Wire and contributing editor of WW newspaper. The event leaflet notes that Malcolm X’s “militancy, political candor, and revolutionary leadership gave voice to a movement at a time much like today, when the Black community faces racial violence, economic stagnation, staggering unemployment, police murder, brutality and oppression.” The program starts at 5 p.m., with dinner served (donation requested but no one turned away for lack of funds), at 5920 Second Ave., just north of Wayne State University.

In New York City, the WWP Black Liberation Month forum on Feb. 21 will focus on a tribute to Malcolm X and the special meaning of his enduring legacy, especially as it relates to today’s Black Lives Matter movement. The program, including a soul food dinner (small donation requested), is from 4 to 6:30 p.m. at the Solidarity Center, 147 West 24th St., 2nd floor, Manhattan.

In Baltimore, WWP and the youth group FIST (Fight Imperialism, Stand Together) will host a discussion and meeting for Black History (Liberation) Month on Sunday, Feb. 22. The featured speaker will be WWP First Secretary Larry Holmes, who will discuss the legacy of Malcolm X and the uprising against police terror across the United States. The meeting starts at 5 p.m., with a light dinner at 4:30, at the Solidarity Center, 2011 North Charles St.

In Philadelphia, Monica Moorehead, a WWP national leader, editor of “Marxism, Reparations and the Black Freedom Struggle,” and a managing editor of WW newspaper, will be the featured speaker at a public meeting on Tuesday, Feb. 24. Called “From Selma 1965 to #BlackLivesMatter 2015 — Malcolm X’s Legacy & Black Liberation,” the free event is sponsored by Mundo Obrero/Workers World Party and the Philadelphia International Action Center. Moorehead travelled to Ferguson, Mo., in August and October as a People’s Power Assemblies organizer, and has been actively building the growing national movement against racist police killings. The event starts at 7 p.m. at Calvary Church, 48th and Baltimore Avenue.

The Durham, N.C., branch of WWP is hosting a community forum on Malcolm X on Feb. 21 at the Hayti Heritage Center. Speakers will include representatives from the Black movement, Manzoor Cheema from Muslims for Social Justice on the growing racist violence against Muslims and Larry Hales, a WW contributing editor and organizer for the People’s Power Assembly Movement, on a national tribunal against police terror. pan>