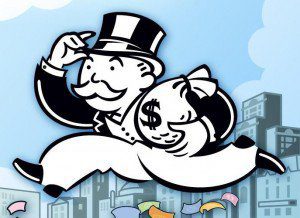 It’s easy to get angry at the super rich these days.

The percentage of households in the U.S. feeling the pangs of real hunger — euphemistically referred to as “food insecurity” — remains at high levels more than six years after the economic crash of 2008. Wages are stagnant at best, and real unemployment, if you include those who have given up looking for work and probably can’t afford the transportation and clothing required for job interviews, remains high.

But business has never been better for those companies that sell high-end luxury goods to the very, very, very rich.

Obviously, there haven’t been enough protests here — yet — against this vicious capitalist system, because multimillionaires are flocking to this country from all over the world to buy, and flaunt, such items as “personal aircraft,” rare gems and floor-through, multistory, dazzling, Manhattan condos facing Central Park.

Some of them are the European and Asian wealthy who find it more difficult to either acquire or display their decadent lifestyles at home. But most are the home-grown U.S. filthy rich.

In the U.S., “spending on personal luxury goods rose a steady 5 percent last year to about $73 billion,” reports the consulting firm Bain and Co., “compared with negative growth in previous juggernauts like China and Russia.” (“Makers of Luxury Goods Rush to Cater to American Millionaires,” New York Times, Feb. 7)

In China, where the Communist Party took power in 1949 after a monumental revolutionary struggle, capitalism has been allowed to flourish for decades now, but within a centralized economy controlled by the state. There began to be millionaires and even billionaires in China. But beginning last year, a crackdown on corruption led to a significant decline in the Chinese market for luxury goods. Some of the super rich, those not in jail in China, are now in the United States, the “free world,” giving interviews on how unjustly they were treated back home.

The luxury goods market has also declined in Russia, perhaps partly because of the sanctions imposed by the Western imperialists.

But the “bright spot” in the luxury goods market, says the Times, “was the United States, where annual revenue jumped 8 percent from the previous year.” In the last 18 months, the number of millionaires in the U.S. has increased by 1.6 million. That’s not the total number, just the additional millionaires.

Much of the growing wealth — for the rich — comes from equity markets. In other words, ownership of stocks. No work is involved, not even make-work. Just checking their bank balances from time to time to see how many millions more dollars have landed in their laps.

They spent at least 8 percent more on luxury goods last year. Wouldn’t we all like to be able to spend more, even if just on living expenses. Social Security this year went up 1.7 percent. Wages are stuck in the “low” position. But for the super rich, their only problem is what to do with all that money. One reason they’re going bananas spending it on every type of luxury you can (and can’t) imagine is that they’re reluctant to invest it in real production.

How the rich got richer

This is what every worker, every oppressed person, needs to know. As much as we can and should get angry at the politicians in Washington, our problems go a lot deeper than the corrupt political system in this country.

Our problem is that we are under the boot-heel of an economic system and a ruling class that have long outlived any social usefulness. Instead of developing the material underpinnings that could improve life immeasurably for everyone on this planet in this age of high technology, capitalism can only go on making the rich richer and the poor poorer.

The ability to produce anything that can be sold for a profit has advanced so far with high-tech that it takes fewer and fewer workers to bring about abundance. Read high, permanent joblessness. More and more, this abundance chokes further production, instead of being distributed to all who need it.

There are, of course, all kinds of “nonprofitable” things that also need to get done. Dealing with climate change should move to the top of the list. In this modern world of great abundance, the means exist to figure out the right strategies and carry out serious programs to reduce carbon dioxide in the atmosphere. It is now blanketing the earth, causing enormous ecological damage which is predicted to get much worse. But doing this is not “profitable” in the immediate sense, the capitalist sense, of giving a healthy return on an investment. So it’s not happening on any meaningful scale, despite all the dire warnings.

Instead, capitalist potentates build vast air-conditioned palaces in the desert. They fly in their private planes to private island estates equipped with temperature-controlled wine cellars.

The new generation is already cursing this horribly destructive system. The challenge is to build an anti-capitalist movement that can liberate the energies and creativity of the great masses of workers and oppressed, who have every reason to want to pull it down.