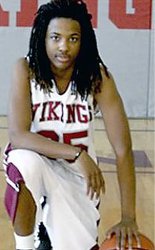 The town of Valdosta, Ga., witnessed, on Jan. 10, the kind of militant protest march that characterizes the “Black Lives Matter” movement across the country. The crowd of city residents and out-of-town supporters, including several youth activists from #ItsBiggerThanYou, came to demand justice for Kendrick Johnson. They surged into the lanes of a major city street and state highway, stopping traffic. They were undeterred by the orders of police to move until they reached their destination, the entrance to Lowndes County High School.

It’s been two years since the body of 17-year-old Kendrick “KJ” Johnson was found in a rolled-up gym mat at the school. This most suspicious death was immediately declared an “accident” by Lowndes County Sheriff Chris Prine, who closed the case.

Johnson’s parents suspect foul play and have worked tirelessly to win a thorough investigation to find out who killed their son. They had to fight to exhume their child’s body for a second autopsy, which revealed that blunt-force trauma to the neck had contributed to his death. The examination also revealed that all of Johnson’s vital organs were missing, including his tongue and larynx, and that his body had been stuffed with newspaper.

For two years now a daily vigil in front of the Valdosta City Hall demanding justice for KJ has been sustained by family, friends and supporters. As a result of public pressure, the Department of Justice has been investigating his death for months. KJ ‘s parents deserve answers.

In front of the school where their son died, Kenneth Johnson and Jacquelyn Johnson vowed not to stop fighting for the truth — because Kendrick Johnson mattered.