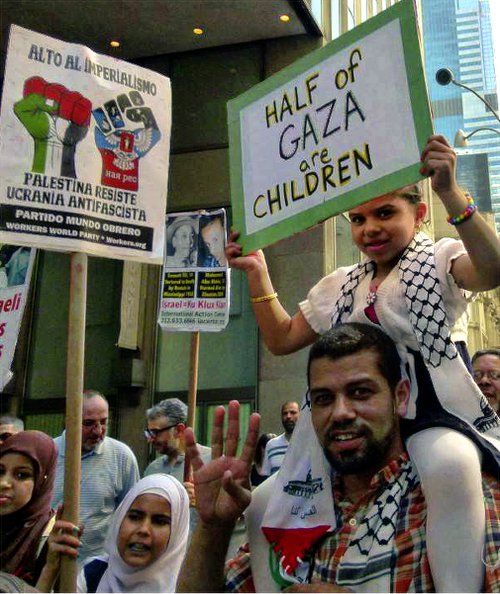 Workers World Party and International Action Center activists spoke out in solidarity with the Donbass resistance and anti-fascist fighters in Ukraine at the Aug. 9 “World Stands with Gaza” march in New York.

Protesters carried the flag of the Donetsk People’s Republic and signs linking the anti-imperialist/anti-fascist resistance of the people in Palestine and Ukraine. They also distributed a call to action from the Support Center for Antifascists in Ukraine, initiated by exiled member of the Marxist organization Union Borotba (Struggle) in Simferopol, Crimea.

According to march organizers, this was the first time the Donetsk flag was flown at a Gaza demonstration in New York. Many people asked about the flag, and this opened up the opportunity for conversations about the Ukraine struggle and similarities with the Palestinian resistance.