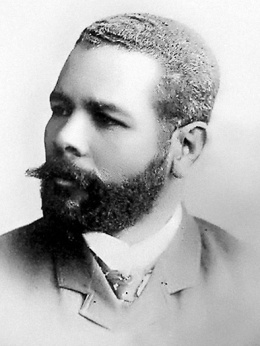 The Cuban Revolution took place on Jan. 1, 1959, led by Fidel Castro’s rebel army, which victoriously entered the capital city of Havana on that date.  An excellent way to more fully understand the monumental success of the Revolution is to examine carefully the life of Antonio Maceo.  Maceo, who was born in 1845, was one of Cuba’s most celebrated generals in its liberation war against Spain.  See “Antonio Maceo: The ‘Bronze Titan’ of Cuba’s Struggle for Independence,” by Philip S. Foner (New York: Monthly Review Press, 1977).

The countless heroic examples — generously offered by Maceo — have not only helped to inspire the success of the Revolution against both Spanish and Yankee imperialism, but have also allowed Cuba to play such a central role in the liberation of Angola, Namibia and South Africa, leading to the freeing of Nelson Mandela in 1990.

Maceo rose from the rank of private to that of a high-ranking general in the Mambi Army (the name is of Congo origin). Even his father and some of his brothers sacrificed themselves in the cause of Cuban independence. Maceo’s mother, Mariana Grajales Cuello, came out of the maroon tradition anchored in the Guantánamo region of the island. Upon learning of Antonio’s death on the battlefield on Dec. 7, 1896, she urged her youngest son “to hurry up and grow up quickly, [because] Cuba needs you.” African ancestry is rich in the Maceo family.  To this day, this rebellious spirit remains a source of great pride for the Cuban people.

Some records estimate that Maceo fought in 500 to 600 battles.  He was hit with bullets at least 26 times, not to mention many sword cuts as well. The “Titan of Bronze” had given 32 years of his life in the struggle for an independent Cuba before dying on the battlefield at age 51.  He died along with his aide, Panchito Gómez, son of Máximo Gómez, then commander of the entire Mambi Army.

Maceo’s personal military effects are preserved in Havana in a museum featuring artifacts from the Spanish colonial period.  A section of street along the Malecón is named after him.  A magnificent statue of him in front of a hospital is in the same locale. This hero has also been honored with a statue in the Guantánamo area, and others around  the island as well.  Pictures of him, José Martí and Máximo Gómez can be found in the homes of rightly proud Cubans.

Two outstanding episodes exemplify Maceo’s illustrious and extraordinary military career.  During the protest at Baragua, he refused to surrender, backed up by the support of his soldiers, at the end of the Ten Years War against Spain in 1878.  In the East to West Campaign in 1895, the rebels led by Maceo covered more than 1,000 miles in 96 days during the Herculean effort to end slavery in Cuba and expel Spanish colonial rule. The rebel army demonstrated exemplary behavior to fighters and nonfighters alike, but this was especially so in dealing with women and people in towns, villages and hamlets. This practice endeared the oppressed to the Liberation Army’s cause. In the struggle against the Batista regime, it was kept alive as well.

Both José Martí and Máximo Gómez gave Maceo extremely high marks as a person and as a leader.  Martí was regarded by some as the intellectual father of this phase of the struggle for Cuban independence. Gómez was the highest-ranking general of the Mambi Army, and Maceo was second in command.  Uncommon bravery and unshakable integrity are indelible characteristics of the “Titan’s” record, among the many accolades given to him.

Both Fidel Castro and Che Guevara thought so as well. Prominent reference is given to Maceo in Fidel’s classic courtroom speech, “History Will Absolve Me.”  Can anyone doubt that the “Titan of Bronze” was on Che’s mind as he fought in Santa Clara? Camilo Cienfuegos, another hero of the Cuban Revolution, intently studied Maceo’s East to West Campaign in preparation for the action that he was commissioned to undertake.

The following quotes underscore the magnitude of who Maceo was.   He told Anselmo Valdés on July 6, 1884: “When Cuba is free and has a constitutional government, I shall request that we fight for the independence of Puerto Rico also. I would not care to put up my sword, leaving that portion of America in slavery.”

Maceo said to Máximo Gómez on Oct. 13, 1885, “Whoever tries to take power over Cuba will only get the dust of its soil, drenched in blood, if he doesn’t perish in the struggle.”

In the fall of 1975, as the Popular Movement for the Liberation of Angola (MPLA) was about to assume state power, the U.S.-backed forces of UNITA, FNLA and racist South Africa attempted to snuff out the fighters who had sacrificed so much to free the nation from Portuguese control. Agostinho Neto, leader of the MPLA, issued a call for help. The Cuban volunteer response was the strongest of all.

In the end, the Cubans returned to their homeland, not with booty taken in battle, but with only the honored remains of their fallen comrades.  They had made the ultimate sacrifice in helping to liberate much of Southern Africa, including the freeing of Nelson Mandela. Cuba and their African compatriots will never forget the decisive Battle of Cuito Cuanavale in 1988.  Neither should we.

As Fidel admiringly declared: “The blood of Africa flows abundantly in our veins.  We are brothers and sisters of the people of Africa, and we are ready to fight at their side.” The avalanche of Cuban support in this effort showed that this was by no means insincere bluster. Could the legacy of Antonio Maceo have been on Fidel’s mind, too, when he said this? The noble deeds speak for themselves.