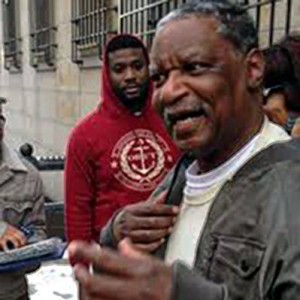 Baltimore Black Panther Party member Marshall “Eddie” Conway has been freed after 43 years and 11 months of incarceration for a crime that he has always maintained he didn’t commit. Conway was convicted of the 1970 killing of Baltimore police officer Donald Sager. He was released this March 4 due to unconstitutional jury instructions by the judge who presided over his trial.

During the 1970s, Conway and many other members of the Black Panther Party were targeted as part of the FBI’s nationwide Cointelpro operation, which sought to eliminate Black leadership in the U.S., no matter whether moderate or militant. Many leading Black Panther members in cities across the country were eliminated by outright murder or were framed up on charges of murder and sentenced to life in prison. This was done with complete collusion between the FBI and local police departments.

As in many similar cases involving Black Panther Party members, prosecutors used what is commonly referred to as a “jailhouse snitch” to bolster their case against Conway. This jailhouse informant, Charles Reynolds, was brought to Baltimore from Detroit to testify, claiming Conway gave him details of the events. Conway was convicted and sentenced to life in prison, despite a lack of any physical evidence linking him to the murder.

Two other Black Panther members were arrested near the crime scene. Jack Ivory Johnson and Jackie Powell both confessed to the killing. This, however, was not satisfactory because they were new to the party branch. Conway was targeted because he was part of the leadership of the Baltimore branch. Conway had suspicions that the branch had been infiltrated by undercover agents — a practice of the FBI. The FBI found out that he was arranging a meeting with the national party leadership to inform them of his suspicions. His many supporters believe this is why he was framed.

In Baltimore, many support groups continued the struggle for Conway’s freedom, which included the efforts of various lawyers and the use of legal maneuvers. He finally got a break due to a Maryland Court of Appeals ruling in 2012 that verdicts before 1980 were invalid because of faulty jury instructions. Current Baltimore City State’s Attorney Greg Bernstein did not believe a new trial would end in a conviction after so many years and made a deal to release Conway on time served if he agreed to drop his court fight. At age 67, Conway was finally freed.

This case mirrors well over 100 other cases of longtime incarcerated members of the Black Panther Party. It has only been the continued people’s struggle for justice that has finally freed some, while the struggle continues to honor the memory of those murdered by the FBI and local police, both covert and outright. It was the struggle that freed Conway, Geronimo Ji Jaga Pratt and members of the Angola 3, and that stopped the execution of Mumia Abu-Jamal and gained his release from death row to the prison general population.

The fight will continue until all heroes of the struggle for Black liberation are freed from the prisons of the capitalist state and the ultimate power is in the hands of the people. All power to the ­people! n