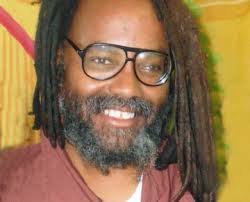 On Jan. 17, dozens of people gathered for a press conference and protest outside Fox News in Philadelphia to denounce the attacks of Fox analysts and the Fraternal Order of Police on political prisoner Mumia Abu-Jamal and on Debo Adegbile, President Barack Obama’s nominee to the U.S. Department of Justice, because of Adegbile’s legal advocacy work for Abu-Jamal.

On Jan. 8, professor Johanna Fernandez, a member of Abu-Jamal’s legal defense team, was contacted by Fox to appear on the Hannity show to respond to Adegbile’s nomination as assistant attorney general of the Civil Rights Division of the DOJ.  Fernandez’s attempts to present the facts of the case were repeatedly interrupted. The program’s goal was clearly to present the views of the FOP and the prosecution in Abu-Jamal’s case.  They were also intent on using Adegbiles’ connection to Abu-Jamal’s case to further their racist attacks on the Obama administration.

While an attorney for the NAACP’s Legal Defense Fund, Adegbile provided support for attorneys who successfully argued for relief of Abu-Jamal’s 1982 death sentence due to erroneous instructions given to the jury by the prosecutor. On Dec. 7, 2011, Abu-Jamal’s nearly 30-year death-row sentence was reversed, yet he remains in prison for life, without parole. His supporters continue to fight for his release.

The FOP and their supporters, among them Fox analysts, are afraid that a long-standing effort to pressure the DOJ to reopen the case against Abu-Jamal might actually happen with Adegbile as head of their Civil Rights Division.

Opening the press conference, Johanna Fernandez, representing the Campaign to Bring Mumia Home, described being invited to appear on the show by FOX News. “What happened was a circus during which I was shut down and not given enough time to develop an argument. The manner in which Fox News handled the situation speaks to false journalism and represents the kind of bully tactics meant to silence our side and silence dissent.

“If Fox would have allowed me to speak, I would say Mumia is innocent and ask why exculpatory evidence was suppressed at his trial by the prosecution and judge.  The fact that a fourth man, Kenneth Freeman, was witnessed running from the crime scene was acknowledged in a concurrent trial happening at the same time for Mumia’s brother Billy Cook.”

Fernandez also noted that while the FOP attacks Abu-Jamal, it is the police who are terrorizing the Black community and murdering innocent people with impunity.

Abu-Jamal’s brother Keith Cook traveled all the way from North Carolina to attend the press conference to state clearly: “Mumia is innocent. What we have out here are people who don’t have the facts, and instead of trying to get to the truth keep repeating the same lies and rhetoric they have for over 32 years.”

Suzanne Ross, a longtime activist in the movement that stopped two state attempts to execute Abu-Jamal in the 1990s, compared the FOP to 1930s Nazis. “Mumia should never have been on death row for even one day. It is frightening that FOX News gives the FOP the opportunity to get their fascist message out. Fox News is collaborating with murderers.”

Berta Joubert from the International Action Center sent a statement that compared the FOP and Fox News attacks on progressive U.S. lawyers to those of repressive Latin American regimes such as Colombia’s which have “attempted to silence the voices that speak the truth and expose injustice.” Joubert noted that in 2012 there were 355 attacks on human rights advocates, mostly lawyers, with 69 killed by the paramilitary forces created by the U.S.

Representing the International Concerned Family and Friends of Mumia Abu-Jamal, Pam Africa ended the press conference by calling on everyone to get involved with ongoing efforts to bring Abu-Jamal home.  She stated: “The FOP’s tactic is intimidation, but they cannot stand up to the power of the truth.  We call on Obama to release Mumia now!”