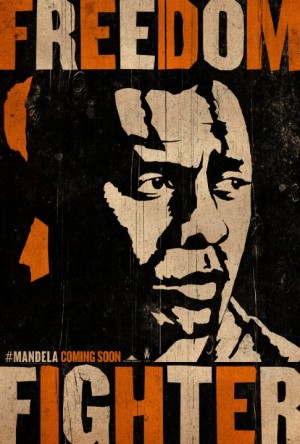 The film “Mandela: Long Walk to Freedom” is based upon an autobiography of the same name released by Nelson Mandela in 1995, during his second year as president of South Africa.

In the book’s introduction, Mandela reports that he started to write his life story while detained at Robben Island prison in 1974. He later smuggled out a preliminary draft of the manuscript, but it was not completed until his release and ascendancy to the leadership of the first non-racial government in South Africa, led by the African National Congress. Mandela shares that after his release from prison in 1990 he was so consumed with reorganizing the ANC into a political party that he had very little time for writing. He led negotiations for the transfer of power from the racist Nationalist Party and won the 1994 elections.

Mandela’s death on Dec. 5, 2013, resulted in what was perhaps the most widely covered series of memorials and eulogies in media history. “Mandela: Long Walk to Freedom” continues this process, and will of course be subjected to various interpretations and assessments of the film’s accuracy and the artistic depiction of his legacy.

Starring as Mandela is Idris Elba, an African-British actor who was born in London in 1972 of parents from Ghana and Sierra Leone. Elba won a Golden Globe award for his performance in the BBC One series “Luther,” and has appeared in numerous films, including “American Gangster” (2007), “Daddy’s Little Girls” (2007) and “Prometheus” (2011). Elba’s posture and voice in the film are very reminiscent of the South African leader’s.

Naomie Melanie Harris does a fine job in portraying Winnie Nomzana Madikizela-Mandela, Mandela’s second wife and comrade in the ANC. Harris is a Caribbean-British actor born in 1976 to parents from Jamaica and Trinidad, both former British colonies. She has had a distinguished acting career, portraying Selena in the post-apocalyptic film “28 Days Later” and Tia Dalma/Calypso in the second and third installments of the “Pirates of the Caribbean” series. She also co-starred in the 23rd James Bond film, “Skyfall.”

Although the film lasts for two hours and 19 minutes, it leaves out important aspects of the rich history of Mandela’s life and merges several distinct phases of the struggle against European settler-­colonialism.

It takes the viewer from the birth of Mandela in 1918 in the village of Umvezo, in the Transkei region of the Eastern Cape, through his law practice and ANC work in Johannesburg during the 1940s. In the 1950s, Mandela is shown playing a leading role in the Defiance Against Unjust Laws Campaign. The breakup of his first marriage and his meeting and matrimonial union with Winnie Nomzamo Madikizela from Pondoland, also in the Eastern Cape, are portrayed.

Mandela and his comrades in the ANC are shown devising their highly politicized defense strategy for the Rivonia Treason Trial of 1964, in which they escaped the death penalty only to wind up being sentenced to life in prison.

By the mid-1970s, youth and students in the urban areas had reignited the movement, paying the ultimate price in many cases. A new generation of organizers was later sentenced to Robben Island and began to interact with the older leaders from the 1950s and 1960s. Eventually the Rivonia political prisoners were transferred to Pollsmoor prison under better conditions.

During the last years of Mandela’s incarceration he was held at a single-family home in an upscale area in the Cape and allowed family visits. He eventually opened up discussions on the future of South Africa with apartheid governmental officials, initially raising grave concerns from his fellow political prisoners and the ANC leadership in Zambia.

By the time Mandela and other leaders from the trial were released, the ANC had reemerged as the dominant organizational force in South Africa.

A segment of the film illustrates Mandela’s refusal to accept conditional release under the regimes of Pieter Willem Botha and Frederik Willem de Klerk. The arduous process, after Mandela’s release, of political organizing and reversing the racist regime’s derailment of the liberation struggle is covered in a very generalized fashion.

By late 1993, the date for elections is set and the ANC is elected to the new parliament and the presidency by a wide majority.

This film is the latest contribution in a series of depictions of Mandela and the liberation movement in South Africa. Future feature films will hopefully take up the role of the South African Communist Party, the organized African working class, the Indian Congress, mixed-race communities, the Frontline States, the Organization of African Unity, and support for the anti-apartheid struggle from such socialist countries as the Soviet Union, the German Democratic Republic and Cuba, as well as the international solidarity movement in Europe and North America in the overall anti-apartheid struggle.