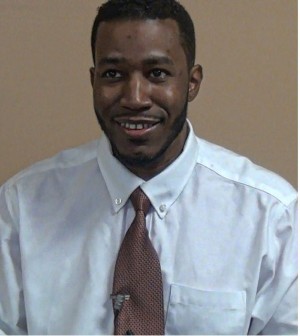 In September 1990 — two weeks after the wrongful conviction of three defendants in the rape of a jogger in New York City’s Central Park — another group of teens was involved in a crime that received similarly intense media focus and racist depictions. Brian Watkins, a tourist from Utah visiting New York to attend the U.S. Tennis Open, was killed in the subway during a spur-of-the-moment robbery gone horribly wrong.

Eight youths, all 18 years old, were indicted. Only one wielded the knife that killed Watkins, but all were charged with murder.

What made the murder charge possible is the felony-murder rule, which is triggered when a death occurs during the commission of a crime such as rape, robbery, kidnapping, burglary or other violent felony. The death could be that of the victim, such as Watkins, or a co-defendant, a bystander, a police officer or a person killed during a getaway. Felony-murder originated under early English Common Law and was abandoned by Great Britain in 1957. However, felony-murder laws exist in all but three states in the U.S.

Many people charged under the law are shocked to learn that even though they didn’t anticipate, plan, cause the death or even have a weapon, they are still charged with second-degree murder.

“My lawyer,” said Louise Pitcher, who served 25 years as a non-lethal defendant convicted of murder, “I had to keep calling him and have him explain to me, because I said I didn’t kill anybody. What are you talking about?”

First-degree felony-murder charges stem from the death of a person in law enforcement.

“I’ve always been skeptical of the fairness of the felony-murder rule,” says former U.S. Attorney General Ramsey Clark. “It’s a prosecutor’s tool. It fails to demand discriminating fact finding by the jury. You’re supposed to be presumed innocent, obviously, until proven guilty. In a gang scene with the charge of felony-murder you almost have a standard of guilt by association.”

“It’s fundamental to American law that an intentional act is punished differently than an unintentional act, and yet the felony-murder rule undermines that,” says Alan Rosenthal, counsel for the Center for Community Alternatives. “The intent of one person is transferred to the other. A person’s bad intent, to commit a non-violent felony perhaps, is sufficient to create the culpability that is equivalent to an intentional act; that’s a legal fiction.”

In the case of the Watkins homicide, Pascual Carpenter, the subject of the recent documentary “23 Reasons Why 23 Years Is Enough,” was an unarmed lookout for the robbery. He was not in the immediate vicinity of the crime and never anticipated or aided in the fatal act, yet he was found guilty of felony-murder and sentenced to 25 years to life. He is still incarcerated but is seeking clemency, a commutation of his sentence.

According to the FBI, about 16 percent of all homicides occur during felonies, though it is not known how many of those murders lead to felony-murder convictions of nonlethal defendants.

“The majority of states still cling to felony-murder because it is an important and easy prosecutorial tool, no matter how strong the criticism and unfair the outcomes that it creates,” says Rosenthal.

The film can be viewed at 23ReasonsFilm.com.

Sinnott is director of the documentary “23 Reasons Why 23 Years Is Enough.”