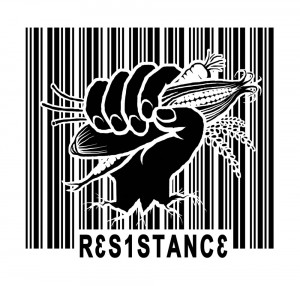 It was not a good week for Monsanto, the largest manufacturer and promoter of genetically modified organisms (GMOs).

First, on May 25 over 2 million people in 436 cities in 52 countries joined a worldwide “March Against Monsanto” demanding the labeling of GMO foods and further research on their health effects. In hundreds of U.S. cities, protesters demanded repeal of what they called the “Monsanto Protection Act” — aka the Farmer Assurance Provision, Section 735 rider that got slipped into the bill that was designed to avert a federal government shutdown in April.

Despite this massive turnout, Monsanto may have hoped the unwanted attention would die down, since corporate media gave scant coverage of the global rallies. However, on May 29 reports surfaced that farmers in Eastern Oregon discovered GM wheat in a field not approved for its planting by the U.S. Department of Agriculture. In fact, GM wheat isn’t approved anywhere in the world.

The impact of this alarming discovery is already being felt. Japan and South Korea, two of the largest importers of U.S. wheat, suspended their orders. The European Union has called for testing all wheat coming from the U.S., which takes in $8 billion from annual wheat exports.

While Monsanto admits it conducted field tests of GM wheat in Oregon and 15 other states from 1998 to 2004, it is unable to explain how its wheat mysteriously ended up in a field nearly nine years later. However, it is reported that Monsanto had resumed research into GM wheat. (New York Times, May 29) With the passage of the “Monsanto Protection Act,” it’s possible the company hoped to push the crop prior to U.S. Agricultural Department approval.

The problem of GM seeds migrating into non-GMO fields has long been used by Monsanto as grounds for legal action against farmers who they claim have used their seeds without permission. Unsuspecting farmers have had to pay Monsanto millions in fines.

While Monsanto claims it followed “vigorous protocol” to destroy GM wheat seeds, a 2008 U.S. Government Accountability Office report on USDA data from 2003 to 2007 found 712 violations of regulations, including 98 cases that resulted in the release of unauthorized GM crops. Monsanto was responsible for five of 21 major incidents. However, lacking resources for routine testing on fields adjacent to GMO crops, the USDA allows biotechnology companies, including Monsanto, to voluntarily provide test results. (Reuters, May 31)

The GM wheat discovery also underscores a serious problem faced by farmers in developing countries where native crops are being destroyed by GMO contamination. Monsanto threatens the very existence of these peasant farmers, many of whom took part in the global protests.

In a chapter on “Expropriation of the Agricultural Population from the Land” in Volume 1 of his great work, “Capital,” Karl Marx examined the process by which capitalists as early as the 15th century systematically and forcefully drove peasant farmers and serfs off their land to create a “reserve army of unemployed.” Through a process of private takeover of public land, breaking up feudal estates, and conversion of crop land into pastures for sheep, millions were compelled to leave rural areas in search of subsistence in the growing towns.

In the current epoch of globalization, a similar process has been underway, driven to a large extent by the development of high technology that has allowed transnational corporations to move entire factories from country to country in search of the cheapest labor. Twenty-first century industrialization of agriculture, including the growing use of GMOs and the widespread planting of cash crops like soy and corn, is again serving to provide a highly exploitable workforce.

Monsanto may be the company everyone loves to hate, but it functions as part of a world capitalist system that has created a global working class from previous generations of peasant farmers. U.S. trade agreements, the State Department and U.S. foreign embassies have paved the way.

In 1993, President Bill Clinton signed the North American Free Trade Agreement, which was responsible for opening up Mexico to U.S. corn exports. This undermined the sale of traditional crops — hitherto one of the most highly diversified and reliable food sources on the planet.

Around 20,000 distinct varieties of native corn are still grown in Mexico’s Oaxaca region, where corn was first domesticated 8,000 years ago. The region contains the earliest forms of the crop and provides a world gene bank to improve corn’s genetics. (Worldwatch Institute, June 2)

Although Mexico banned the commercial planting of GM corn in 1998, it annually imported 6.2 million tons of U.S. corn most likely containing GMOs. In 2009, the Mexican government let Monsanto and Dow AgriSciences plant GMO maize in 24 plots in its northern states.

By allowing the import of cheap U.S. corn, NAFTA also undercut small Mexican farmers’ ability to make a living, forcing many to seek work in maquiladora factories or undertake a perilous migration to the U.S.

Although faced with the threat of government repression of their protest, “March Against Monsanto” organizers in Mexico City brought together 2,000 people for a “Carnival del Maíz” (“Carnival of Corn”) on May 25. Organizer Carlos Ventura Callejas explained: “In Mexico the carnival is subversive. In the aftermath of the Spanish conquest, Indigenous communities used it to preserve traditional cultures.” (Alternet, May 31)

The problem is not unique to Mexico. Farmers in Peru report finding similar transgenic “Franken-foods” in their fields. Peru, known for its biodiversity, recently approved a 10-year moratorium on GMO crops. Ecuador also banned GMOs. However, they are widely used in Brazil, Paraguay and Argentina. In the latter country, 60 percent of agricultural land grows Monsanto’s GM soy. The crop requires an annual spraying of 50 million gallons of the herbicide Roundup, also purchased from Monsanto. (Globalpost, Jan. 2)

The international director of Food and Water Watch, Darcy O’Callaghan, and her colleagues researched 926 diplomatic cables between the State Department, USAID and U.S. embassies uncovered by WikiLeaks, looking for references to GMOs. O’Callaghan states they found “a pretty systematic move for promoting biotechnology abroad.” In countries where farmers were living on $1 or $2 a day, the State Department’s USAID “Feed the Future” program was ostensibly promoting U.S. corporations like Monsanto. (Real News Network, May 26)

With assistance from the U.S. government, the International Monetary Fund and World Bank have been promoting Monsanto’s GM seeds disguised as emergency “food-aid” and famine relief in Ethiopia and the rest of sub-Saharan Africa. In 1999 and 2000 these “relief” programs deliberately created a dependency on GM seeds by giving them to farmers to replenish village seed banks, the traditional system of exchange.

In 1992, USAID “donated” large quantities of U.S. fertilizer to Ethiopia “in exchange for free market reforms” that included the privatization of the fertilizer. Combined with Monsanto’s GM seeds, this program set the stage for today’s widespread famines. (Global Research, May 25)

Under the World Bank’s structural adjustment policies, agriculture in India was laid open to Monsanto seeds in 1998. Farmers became dependent on Monsanto buy seeds for the next year’s crops, further increasing their poverty and indebtedness. Since the introduction of GE seeds in India, an estimated 200,000 farmers have committed suicide — unable to overcome their new impoverishment. Others went to cities to find work.

Some leaders of movements against global corporations’ negative impact on human life and the environment all too often limit their solution to asking individuals to change their life styles. While eating organic food or growing one’s own food to avoid consuming GMO-laden crops would be beneficial to individual consumers, it by no means addresses the real problem of global capitalism.

Struggles against Monsanto and other mega corporations that dominate food production have the potential to bring diverse segments of the working class and oppressed together — but to do this it must be an anti-capitalist movement that embraces food consumers and international agricultural workers alike.