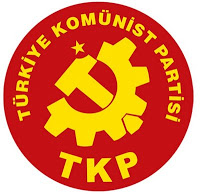 The following is a declaration issued June 4 by the Communist Party of Turkey (TKP) on the recent mass uprising since police viciously attacked a demonstration in central Istanbul. The TKP has been one of the major left groups in the forefront of the protests that have spread through the country since May 30.

1. For days now Turkey has been witnessing a genuine popular movement. The actions and protests, which have started in Istanbul and spread all over Turkey, have a massive, legitimate and historic character. The most important of all is the striking change in the mood of people. The fear and apathy has been overcome and people have gained self-confidence.

2. The Communist Party of Turkey has been part of the popular movement beginning from the first day and mobilized all its forces,

tried to embolden the proletarian and revolutionary character of the movement, endeavored to pervade a mature attitude of

discipline, organized numerous actions and demonstrations. In this process, the police forces carried out a heavy assault on our party headquarters in Ankara. All over Turkey, several party members have been injured and arrested. There have been some attempts at abduction of our party cadres. But the attempts of provocations against our party were defeated.

3. Our emphasis on the role of the TKP does not aim to underestimate the spontaneous nature of the movement or contribution of the other political actors. On the contrary, the TKP stressed that this movement has an aspect that is beyond the impact of any political actor or any kind of political opportunism.

4. The call of the masses for the government to resign is an absolute truth of this movement. Although it is obvious that a leftist alternative cannot be built “right now,” this demand should be expressed loudly. This option for the working people can be generated only through benefitting from the energy that came out at this historical moment. The TKP will focus on this and expose the real meaning of alternatives like “the formation of a national government,” which will most likely be put forward to deceive the working masses into thinking that the crisis can be overcome that way.

5. Without a doubt, the holders of political power will try to calm the people down, institute control and even attempt to use the situation to their advantage. They can have temporary achievements. Even in that case, the popular movement would not be wasted. The TKP is ready for a period of stubborn but intense struggle.

6. In order to act in concert, different branches of the socialist movement sharing similar goals and concerns need to evaluate the rise of this popular movement immediately. The TKP, without interrupting its daily missions and activities, is going to act responsibly regarding this issue and endeavor for the creation of a common ground in line with the urgent demands below.

7. In order to nullify the plans of the government to classify and divide the popular movement as legitimate and illegitimate, all forces need to avoid the steps that might cause damage to the legitimacy of the movement. It is the political power that attacks. The people should defend themselves as well as their rightful action but never fall into the provocation trap of the government.

8. While the masses are chanting the slogan, “Government, resign,” the negotiations limited to the future of the Taksim-Gezi Park are meaningless. The government pretends not to understand the fact that the old balance has been upset fundamentally and cannot be restored. Everybody knows that the popular movement is not the product of susceptibility towards the trees in the Gezi Park.

The anger of the people is over the urban transformation projects, the terror of the market, open direct interventions in different lifestyles, the [U.S.] Americanism and the subordination to the U.S., the reactionary policies, the enmity towards the Syrian people. The AKP [the Justice and Development Party of Turkey, which is the party of Prime Minister Recep Erdogan] cannot deceive the people with a discourse of “We will plant more trees than the ones that we will chop down.”

9. While rolling up our sleeves in order to create an alternative of the working people, the movement needs to lean on certain concrete demands. These demands are valid in the case of the resignation of the government or of Erdogan:

a) The government must announce that the projects that involve the demolishment of the Gezi Park and of the Ataturk Cultural Center are terminated.

b) Those who were taken into custody during the resistance must be released and all charges against them must be dropped immediately.

c) All officials whose crimes against the people are proven by the reports of the commissions that are formed by the Union of Bar Associations and local bar associations must be relieved of their duties.

d) The attempts that hinder the right of the people to get true news on the developments must be stopped.

e) All prohibitions regarding meetings, demonstrations and marches must be repealed.

f) All de facto or de jure obstacles that block the political participation of the people, including the 10 percent election threshold and the anti-democratic articles of the “law on political parties,” must be abolished.

g) All initiatives that attempt to impose a monotype lifestyle on all people must be stopped.

10. These urgent demands will in no case affect our right and duty to continue the opposition against the political power. The people’s reaction to the government must be reinforced, and efforts must be concentrated to bring about a real alternative in the political scene.

11. The star and the crescent Turkish flag that was intended to be used to provide a shield for reactionary and chauvinist attacks against laborers, leftists, Kurdish people after the fascist military coup of Sept. 12, 1980, has now been grasped by the People from the hands of fascism, and given to the honorable hands of Deniz Gezmis [a Turkish Marxist-Leninist who was captured and executed for his revolutionary activities in 1972] and his comrades, as a flag in the hands of patriotic people.

12. The people’s movement, ever since the beginning, has persistently let down the sinister strategy to play one community against another in Turkey. This attitude must carefully be maintained, leaving no room for chauvinism or vulgar nationalism.

13. Appealing to our Kurdish brothers and sisters, we had already declared that “there can be no peace agreement with AKP.” There can be no deal with a political power to which its own People have turned their back, and the true face of which has been revealed. Kurdish politics must give up “cherishing hopes of proceeding further with AKP” and become a strong constituent of a united, patriotic and enlightened laboring people’s movement.

14. Our citizens who have lost their lives through the hands of the police force of the political power, have sacrificed their lives in the name of a just and historical struggle. The People are never going to forget their names, and those who are responsible for their death will pay the price before law.