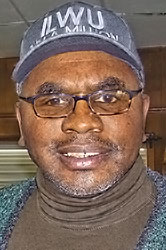 This lightly edited article was written for the Port Workers United newsletter in Oakland, Calif. Thomas is a third-generation member of the International Longshore and Warehouse Union Local 10, and co-chair of the Million Worker March movement, who actively supported ILWU Local 21 in their battle with the new high-tech grain export terminal in Longview, Wash.

As a consequence of the January 2012 negotiated Export Grain Terminal contract for International Longshore and Warehouse Union Local 21 in Longview, Wash., dockworkers and the Pacific Northwest Grain Handlers Association negotiations are headed for a showdown. In fact, the Grain Handlers are expected to lock out longshore workers on October 24 at six Northwest grain terminals in Portland, Ore.; Seattle, Tacoma, and Vancouver, Wash.

These grain negotiations are setting the stage for the 2014 longshore contract negotiations, which will impact big money issues like pension and welfare.

The Northwest grain terminal employers are demanding EGT concessions like the 12-hour shift, bypassing the union hiring hall, ability to fire any longshore worker without cause, and more than 700 other union busting demands.

The employers have retained JRG Services Inc., a division of Gettier Security, a replacement workforce and special operations firm. This is not the first time Gettier has been used against ILWU members. In the 2010 Boron, Calif., three-and-a-half-month lockout of more than 500 ILWU Local 30 borate miners, Gettier provided security and transported scabs for the internationally notorious Rio Tinto corporation, a global mining and metals giant.

The Grain Handlers include some of the largest agribusinesses in the world, such as Cargill and Louis Dreyfus Commodities Inc. They control and monopolize the world’s food supply chain. They have a global strategy which is driving the grain negotiations in the Pacific Northwest. Their aim is to cut costs and increase production at the expense of hard fought longshore working conditions.

Nearly half of the grain in the U.S. expected to be exported — including wheat, corn and soybeans — will be handled by Northwest terminals.

To win this struggle, it will take ILWU rank-and-file unity along with an unprecedented alliance such as that which was formed during the ILWU struggle against EGT. That alliance included Occupy, labor, community and grassroots social justice movements.

Plans are underway to organize boat pickets on the Columbia and Willamette rivers during the lockout.