How many times have we heard that after a mass shooting? It’s like a broken record.

The word has been repeated many times after the Nov. 20 massacre of workers and customers at an LGBTQ+ bar in Colorado Springs, Colorado. President Joe Biden called the shootings at Club Q a “senseless attack.” 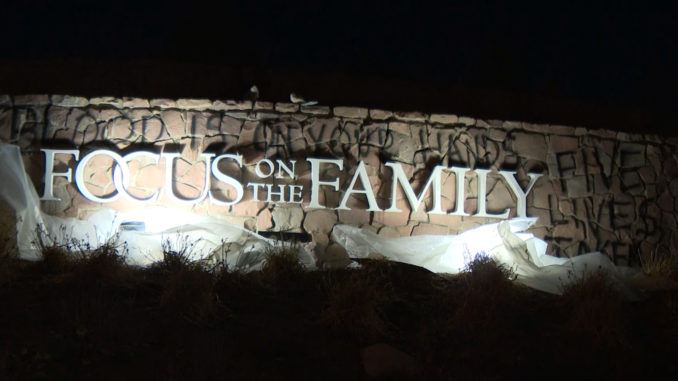 But suggesting this crime is merely foolish or pointless — how the Merriam-Webster dictionary defines senseless — denies centuries of violent bigotry against the LBGTQ2S+ community and covers up the rising attacks that result in every new heartbreak of victims and survivors in the targeted communities.

The individual who pulled the trigger did not come from out of nowhere. The shooter acted in a political climate of anti-LGBTQ2S+ and especially anti-trans hatred, fostered by at least 344 bills in state legislatures this year; 25 of them have been passed.

These bills attack LGBTQ2S+ youth in different ways: forcing teachers to out them to their parents, denying trans-affirming health care, blocking trans youth from school athletic programs, keeping trans youth from using bathrooms designated for their gender, yanking hundreds of books with LGBTQ2S+ content from school libraries and prohibiting classroom discussions on sexuality and gender.

These bills are based on hateful, long-discredited stereotypes that portray the LGBTQ2S+ community as predators, child-molesters and — to use the bigots’ latest buzzword — “groomers.”

The recycled lies are peddled by well-funded hate groups, such as Family Research Council and Focus on the Family. The latter, one of the largest and most well-funded anti-LGBTQ2S+ groups in the U.S., is — not coincidentally — headquartered in Colorado Springs.

Days after the Club Q attack, FOTF headquarters was spray-painted with a message that spoke truth to power: “Their blood is on your hands. Five lives taken.”

FOTF and every group like it, every politician that supports these bills, every right-winger who picketed and threatened a library for hosting a “Drag Queen Story Hour”— and every media outlet that provides a podium for this vile message — all have blood on their hands! This includes Elon Musk’s newly acquired and overhauled Twitter, where anti-trans posts are now allowed.

The responsible parties are many, and their propaganda has killed far more than the five in Colorado Springs. In 2021 anti-trans violence killed at least 57 people, most of them Black trans women under 35 years old. Suicide ends the lives of LGBTQ2S+ youth in disproportionate numbers.

Ease of access to guns is a contributing factor in the tragedies; most of these suicides and homicides were carried out with guns.

Can we stop the violence?

Some commentators, recognizing the impact of the ultraright’s anti-LGBTQ2S+ campaign, are calling the shooting predictable, even unavoidable. Cynthia Miller-Idriss, founding director of American University’s Polarization and Extremism Research Lab, told NBC news it was a “kind of inevitable development.”

This view correctly blames hate groups for the rise in anti-LGBTQ2S+ violence — along with white-supremacist, xenophobic, ableist, misogynist and other kinds of bigoted violence and state-sponsored terror.

But to say these bias-motivated attacks are inevitable lays out a hopelessly pessimistic scenario, one that leaves out organized resistance. In fact there is a long history of working-class and oppressed people uniting in solidarity against hate. Here are but a few examples:

In 1936 the long arm of Ku Klux Klan terror threatened the United Rubber Workers in Akron, Ohio. When the union president was brutally beaten, workers held a sit-down strike. “When work was resumed the next night, a KKK fiery cross blazed up within view of the plant,” wrote eyewitness Louis Adamic. “This caused the workers to sit down again — and dispatch a squad of ‘huskies’ to extinguish the cross.” (“My America, 1928-1938”)

In 1952, at the height of the Cold War, the U.S. State Department refused to allow African American singer Paul Robeson to travel to Canada for a performance before the International Union of Mine, Mill and Smelter Workers. Robeson sang to the convention over the phone from the office of the openly pro-gay Marine Cooks and Stewards union.

Decades later, LGBTQ+ activists were among those who traveled to Buffalo, New York, in 1992 to keep abortion clinics open during a violent right-wing siege. When the anti-choice bigots began targeting LGBTQ+ bars, activists organized defense guards and kept bar patrons and workers safe — dealing a second blow to “Operation Rescue.”

We saw the same multinational, multigender unity during the assault on Club Q, when a cisgendered Latinx ally disarmed the shooter and a trans woman joined him in preventing more killings.

While we won’t be surprised if there are more massacres — like the shooting spree at Club Q, like the Orlando, Florida, slaughter at Pulse in 2016 — they are not inevitable.

We will not resign ourselves to living in the shadow of fear. LGBTQ2S+ people affirm: “We will not go back in the closet!”

Classwide solidarity is a true bulwark against fascism, terror and hate; building solidarity can defeat the capitalist profit system, which uses every kind of bigotry imaginable to divide us from each other. The working class can unite, defend itself and organize for justice.