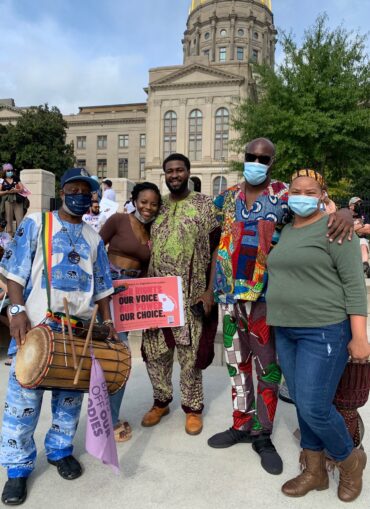 On Nov. 16, Fulton County Superior Court Judge Robert McBurney ordered the restoration of abortion regulations that existed prior to the implementation of the controversial 2019 legislation, which banned nearly all abortions. This legislation, which went into effect in July following the Supreme Court’s striking down of Roe v. Wade, outlawed abortions as early as six weeks of pregnancy, if fetal cardiac development activity could be detected. Many people are not even aware they are pregnant at six weeks, thus the legislation essentially denies them any choice.

For now, the long-standing law prior to 2019 is restored with a 22-week window. The judge ruled that when the 2019 legislation was passed by the Georgia Assembly, the abortion guarantees of Roe were the law of the land; the Georgia restrictions were unconstitutional then and could not gain legal status three years later with a new ruling after a change in the Supreme Court.

McBurney stated that the General Assembly had the option to pass the restrictions again this upcoming session, if it chose to do so.

Almost immediately upon news of the judge’s ruling, telephones at Atlanta’s clinics began ringing incessantly with requests for appointment times. Some callers had planned to go to other states but were relieved to not have to spend the time and money to get the health care they wanted.

No Atlanta area clinic had closed since July, but the return of full services required restaffing and security preparation. However, since Nov. 16, dozens of procedures have taken place.

Although the state Attorney General immediately filed an appeal to the Georgia State Supreme Court to reverse Judge McBurney’s decision, there has been no indication of what that court will do. In Georgia, as throughout the country, the large majority of the population supports abortion rights.

Thousands rallied and marched in Atlanta and around the state following the Supreme Court ruling. Reproductive rights and justice have been a prominent feature of the recent elections, particularly in the U.S. Senate race between Raphael Warnock and Herschel Walker with the runoff vote on Dec. 6.

Most anti-choice elected officials and politicians are keeping quiet on whether the legislation will get another try in 2023, since it only passed with a one-vote margin in the Georgia House three years ago. What is clear is that there will continue to be a growing movement to guarantee reproductive rights and justice.