A packed room of 200 people gathered Nov. 12 to celebrate the life of Saladin Muhammad at a memorial tribute held at the Franklinton Center at Bricks, near Rocky Mount. Muhammad was 76 years when he died Sept. 19 after a long illness. 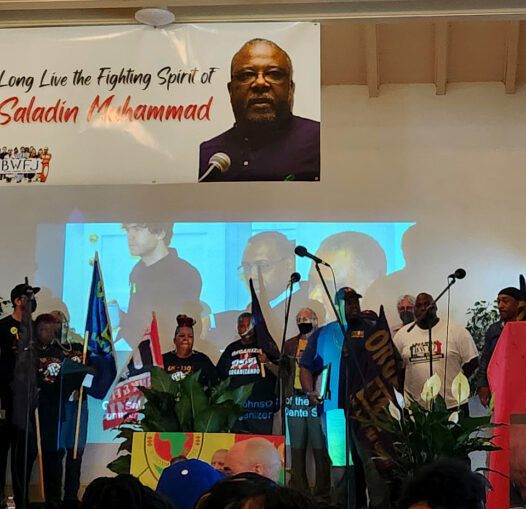 Muhammad was a longtime revolutionary leader of Black Workers for Justice, founded in 1983. BWFJ has been leading the way to organize low-wage Black workers in North Carolina, a “right-to-work state,” where public workers are denied the right to collective bargaining.

BWFJ’s Executive Committee stated: “His leadership and guidance, upon which thousands around the country and the world relied, is irreplaceable and will be sorely missed by all of us. Saladin was active in the struggles for justice and liberation for more than 50 years. Saladin Muhammad, ¡presente!”