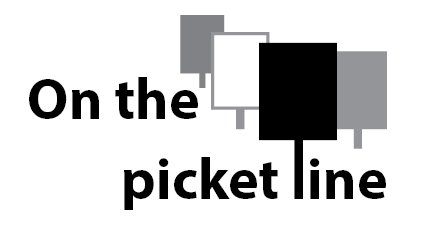 A second railroad workers union, Railroad Signal workers (BRS) representing over 6,000 signallers, has now rejected the tentative agreement negotiated by the Biden-appointed Presidential Emergency Board (PEB). Maintenance of Way track workers (BMWED), a division of the Teamsters, rejected the agreement last month. Four unions representing 69,200 workers have yet to vote on the tentative agreement; the unions’ joint-bargaining coalition represents over 115,000 freight rail workers.

The unions will return to negotiations, and no strike action can move forward at least until mid-November. The tentative agreement fails to consider the railway workers’ demands over safety and quality-of-life issues. Lack of paid time off and unsafe staffing levels on freight lines remain the 11 rail unions’ main concerns; the workforce had been heavily cut before the pandemic.

BRS President Michael Baldwin expressed the lack of respect that freight carriers have for their workers in a statement on the union’s website: “For the first time that I can remember, the BRS members voted not to ratify a National Agreement, and with the highest participation rate in BRS history. I have expressed my disappointment throughout the process in the lack of good-faith bargaining on the part of the NCCC (National Carriers Conference Committee), as well as the part PEB 250 played in denying BRS members the basic right of paid time off for illness.

“The NCCC and PEB also both failed to recognize the safety-sensitive and highly stressful job BRS members perform each day to keep the railroad running and supply chain flowing. Without signal [workers], the roadways and railroad crossings would be unsafe for the traveling public, and they shoulder that heavy burden each day. Additionally, the highest offices at each carrier, as well as their stockholders, seem to forget that the rank and file of their employees continued to perform their job each day through an unprecedented pandemic, while the executives worked from home to keep their families safe.” (tinyurl.com/2z68jbdy)

Faculty and staff at City Colleges of Chicago have been working without a contract since July. The Cook County College Teachers Union authorized a strike by a 92% member majority. The strike date was set for Nov. 2 if negotiations did not result in a contract that met workers’ demands. A tentative agreement was announced Oct. 31, but no details are available as of this writing.

The 1,500 educators and staff last struck in 2004. In 2019, the threat of a strike forced Cook County to get serious about negotiations. Union members held a rally Oct. 27 and were joined in solidarity by Chicago Teachers Union President Stacy Davis Gates and Illinois Federation of Teachers President Dan Montgomery. 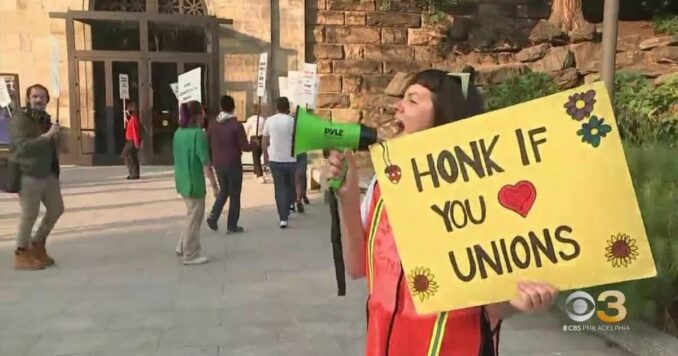 A strike by Santa Clara County physicians was averted when a tentative contract agreement was reached Oct. 28 between that California county and the Valley Physicians Groups. The membership will next vote the tentative agreement up or down. A four-day strike was scheduled for Nov. 1 to 4. VPG represents over 450 physicians who staff the county’s public health clinics and hospitals.

The union had accepted the salary proposals but wanted workloads and staffing addressed. Their demands include more dedicated time for completing the mounds of documentation required by a bloated insurance-based health care system and decreasing schedules to two fewer patients a day. “Negotiating demands from Santa Clara County physicians are modest and reasonable but would make huge improvements in patient care,” according to the union’s Oct. 27 news release. (San Jose Inside, Oct. 27)

The New York State Nurses Association voted to affiliate with National Nurses United Oct. 20. NYSNA is the oldest nurses union in the U.S. and one of the most powerful. Its 42,000 members will increase NNU membership to 225,000 registered nurses. NNU affiliates include the Nurses Associations of California, Michigan, Minnesota and the District of Columbia. The pandemic highlighted the needs of nurses across the country for a stronger voice to fight corporate culture in health care today. “Nurses are stronger when we work collectively,” said Bonnie Castillo, RN and executive director of National Nurses United.

Safe patient-to-nurse staffing ratios, proper protective equipment and occupational standards are common goals for all nurses. By affiliating with the national union, the New York nurses can fight for change on the federal level as well as the state and local levels. NYSNA Secretary Nella Pineda-Marcon, BSN, RN-BC, said, “NYSNA and NNU share the goal of transforming our health care system, so that it puts patients over profits and delivers quality care to all. We are also committed to address and heal the broader social, economic, racial and climate injustices that fuel illness in our patients and society.” (tinyurl.com/4hs7b23p)