Michigan’s progressive movement scored a victory, when the Michigan Supreme Court ruled Sept. 8 to allow two progressive initiatives to appear on the ballot in November. 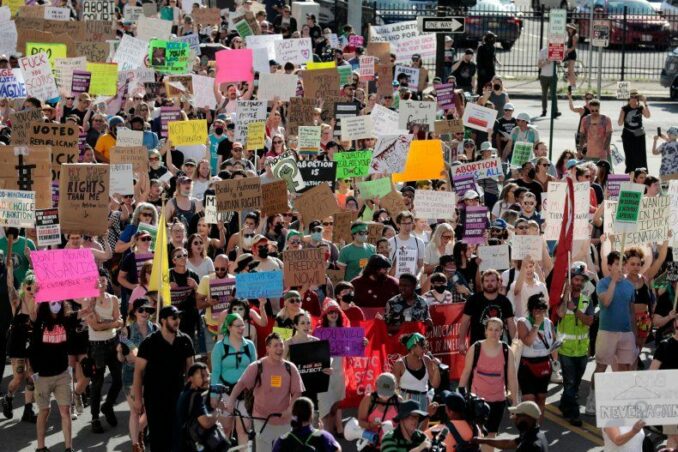 The Reproductive Freedom for All proposal enshrines in the state constitution the right to reproductive choices — including abortion and contraception — and ensures reproductive health care services such as miscarriage management, birth control, prenatal care and in-vitro fertilization. If the measure passes, it will nullify the 1931 law that bans all abortions with exceptions only made to protect the life or health of the pregnant person.

Reproductive justice activists believe the constitutional language is needed, because right-wing forces are involved in two legal challenges to the current court stay on enforcing the 1931 law. Unless reproductive rights are codified in Michigan’s constitution, this draconian law could be put in force, essentially criminalizing abortion. That would have ramifications beyond Michigan, where many pregnant people have had to travel from other states, such as neighboring Ohio, where abortion became illegal following the June overturn of Roe v. Wade by the U.S. Supreme Court.

Until the 5-2 ruling by the Michigan high court, the fate of the Reproductive Freedom for All proposal was in limbo after the State Board of Canvassers tried to keep it off the ballot over a bogus technical issue, potentially disenfranchising the record 750,000+ voters who signed the petition.

Now voters in Michigan will join those in four other states in deciding the issue at the polls. California and Vermont have issues on the ballot similar to Michigan’s. Montana and Kentucky have right-wing ballot language banning all or most abortions — but a comparable proposal suffered a decisive defeat in Kansas Aug. 2.

The New York state legislature passed the Equality Amendment Sept. 9, which adds language to that state’s constitution ensuring the right to abortion.

These elections are one of many fronts, where the reproductive justice movement is pushing back against the horrendous June decision by the misogynist U.S. Supreme Court.

The Promote the Vote 2022 proposal will be on Michigan’s November ballot, despite Republican efforts to keep it off — based on another technicality. It will improve voter access by making early and absentee voting easier, along with constitutional enshrinement of current practice allowing in-person voting with photo identification or a signed affidavit.

It has been shown that limits on voter access disproportionately impact participation by people of color.

As with Reproductive Freedom for All, a grassroots, volunteer-driven campaign collected more than the 425,000 signatures required by state law to place the Promote the Vote proposal on the ballot. That the same forces opposed both initiatives demonstrates that the struggles against white supremacy and sexism — and all oppression and exploitation — are interconnected. If the two proposals pass in November, it will be a double victory against both racist disenfranchisement and patriarchal denial of bodily autonomy.