On Sept. 1 the U.S. Department of Housing and Urban Development (HUD) issued its annual Fair Market Rents (FMR) report for 2023. This estimates the amount of money needed next year to cover gross rents (rents and utility expenses) on 40% of rental housing in any given area. 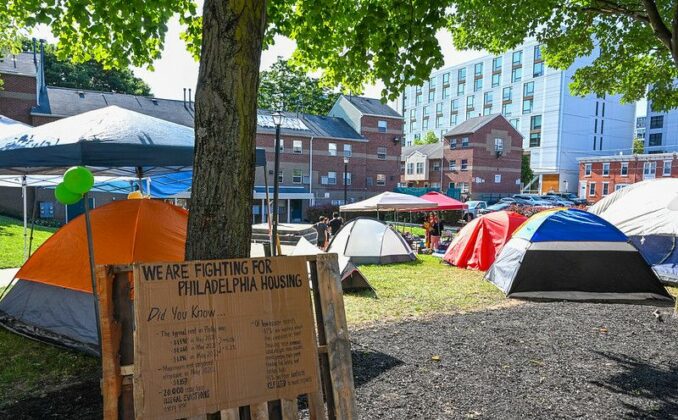 HUD states that it will increase FMRs across the U.S. by an average of 10%, because “rents have risen so quickly, voucher holders are increasingly unable to find units available to rent within HUD payment standards.”

HUD Secretary Marcia L. Fudge admitted that “voucher holders are unable to use those vouchers, because the value has not kept up with rapid rent increases.”

Yet how Fudge can justify HUD’s measly 10% increase is unfathomable. In 2022 the HUD voucher program was essentially worthless. Legally HUD has to give vouchers, but these mean nothing when a majority of landlords won’t accept them.

Over 400 residents of the University City Townhomes in West Philadelphia currently face eviction, because Altman Group, the corporate developer which owns the property where their 70 homes are located, refused to continue its HUD contract in October 2021. While fighting to retain their homes, UC Townhomes residents have discovered that few Philadelphia landlords will accept HUD vouchers. And the properties that can be rented with the vouchers are often unlivable.

UC Townhomes residents are not alone. There is a looming eviction crisis developing, which reflects the failure of the government to take steps necessary to provide adequate affordable housing for millions in need.

The U.S. Census Bureau now estimates that 3.8 million tenants could be evicted in the next two months. In 2018, before COVID-19, only 3.6 million eviction cases were filed in the entire year.

While the COVID-19 pandemic impacted the ability of millions of workers to pay their rent, soaring rental rates were the bigger problem. In June 2022, median rents in the U.S. were over $2,000 per month — the highest ever recorded. Census Bureau figures revealed that 8.5 million tenants fell behind in rent in August 2022. (People’s Dispatch, Sept. 1)

Across the U.S. rents have increased by around 25% since early 2020, with a 15% increase in 2021 alone. While there is a tendency to blame the housing “shortage,” the 2020 Census found that nearly one-in-ten homes are vacant. The shortage is in homes that are both livable and with rents that working and poor people can afford.

By January 2019 the U.S. already faced a shortage of 7 million affordable housing units for low-income renters; there were only 37 affordable rental homes for every 100 low-income tenant households. By 2022 a worker needed to earn at least $21.25 per hour to afford a modest one-bedroom home. While Biden campaigned on raising the federal minimum wage to $15 per hour, it has remained at $7.25 since 2009.

Housing has become a multibillion-dollar industry, controlled by a handful of superwealthy landlords. Altman Group, which purchased the land where UC Townhomes is located for $1 in 1983, now aims to sell it for $100 million.