In the 1930s, the German company I.G. Farben was looking for a solution to the opium shortage and the company’s inability to create new painkillers. The company found the solution in a chemical then-called Dolophine. 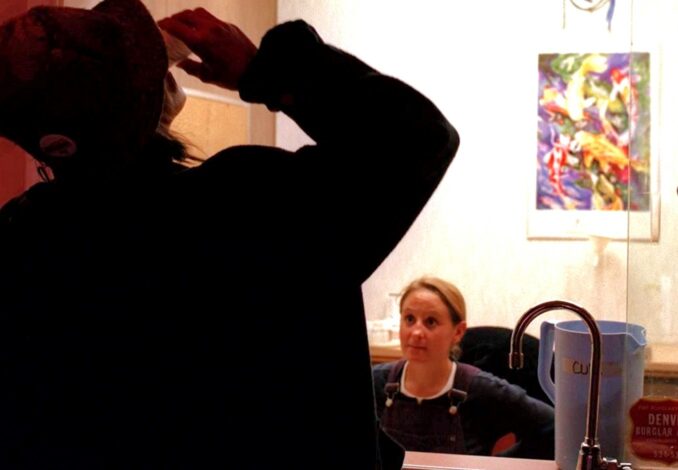 Now called methadone (Methadose, Diskets), an urban legend circulated that Dolophine was named after Adolf Hitler. This rumor shouldn’t surprise, as some of I.G. Farben’s workforce was slave labor from the Auschwitz death camp; and one of I.G. Farben’s subsidiaries supplied the poison gas, Zyklon B, that killed over 1 million people in gas chambers.

But in fact the label Dolophine comes from the Latin word “dolor,” meaning pain, and the French word “fin” for “end.” This was a medicine that ended pain.

But pain was only one thing that methadone would be used for. After World War II, the Addiction Research Center of the U.S. Narcotic Farm (a government-funded prison and research center in Lexington, Kentucky, between 1935 and 1974) tested methadone on heroin patients, providing high levels of the medicine and then taking it away, to see what would happen to the patients. When methadone was withheld, addicted patients would continue to withdraw for days to weeks after.

Prior to the availability of methadone, codeine and morphine were used to treat heroin addiction. Researchers saw methadone’s superiority to the older treatments. In the mid-1950s, two U.S. doctors — Vincent Dole and Marie Nyswander — developed the use of methadone as a maintenance program.

Believing that opioid addiction was a chronic disease — rather than a moral failure — Dr. Dole sought out a medicine that would serve opioid addicts in the same way as insulin serves the diabetic. He found it in methadone. Dr. Nyswander did research and reports on her experiences trying to help addicted jazz musicians get free of their addiction. Their collaboration was a match made in health-care heaven.

On the left, the Black Panthers threatened to burn down methadone clinics, because that method failed to deal with the root causes of addiction in people of color and poor people: poverty, racism, lack of access to health care and systematic oppression by capitalism.

But the response to methadone treatment did eventually change to a lesser wave of criticism and a rising wave of acceptance.

Despite rumors that methadone could eat away at bones, destroy teeth, ruin kidneys and damage the liver, several studies done in the 1970s showed that there was no danger to long-term methadone users. In the 1980s, during the AIDS epidemic, research came out showing that methadone users seroconverted to a lesser extent than non-methadone-using active addicts. (tinyurl.com/2f9dh4kn)

In the late 20th and early 21st centuries, it was discovered that methadone increased the quality of life of its users, stopped the HIV and hepatitis C viruses from spreading and stabilized even the hardest cases of opioid addiction. (tinyurl.com/3893jde6)

For these reasons, methadone is now considered one of the gold standards of care in addiction treatment.

But there are still questions: How can methadone be made more available to people who need it? And why is the special methadone clinic program in the U.S. needed, when other countries have liberalized their systems and made the drug accessible at normal pharmacies?

Methadone clinics primarily serve people of color and people living in poverty. This is important to note, because they receive much worse treatment than people on the alternative medication-assisted treatment regimen, buprenorphine (Suboxone, Subutex, Sublocade, Zubsolv). Those on buprenorphine are mostly white people with private insurance and are seen as more trustworthy than people on methadone. (jamanetwork.com, May 8, 2019)

Drs. Dole and Nyswander wanted methadone treatment to prosper, because they felt addiction was a chronic disease like diabetes. Yet clinics have strayed far from that ethos by treating people with opioid-use disorder as untrustworthy “junkies.” The methadone clinic system institutes rigid controls over Black and Brown and poor white people, who haven’t yet been able to get off methadone.

The hours at which methadone clinics stay open and dispense medication interrupt the life responsibilities that patients on methadone have. With clinics often opening at 5 a.m., patients who have jobs often have to juggle their treatment with their work, often putting off their work just to get their medication.

Day in and day out — the methadone system requires most patients to come in once a day, seven days a week. Only during the COVID-19 pandemic has that changed. During the height of the epidemic, methadone treatment programs are permitted to give their stable patients 28 days worth of methadone. But it is unknown if these relaxed rules will continue as COVID-19 recedes.

Under capitalism, addicts often pay high amounts of money for the privilege of participating in methadone clinic programs. They are drained of money every time they go to the clinic.

The price of methadone treatment for people who do not have insurance coverage of it is another link in the methadone-clinic framework of control and exploitation. The addiction industry makes money off human suffering — potentially over $100-a-visit to the clinic.

The methadone-clinic system should be abolished completely. Patients should be able to get their treatment from their primary care physicians, rather than vaguely named “addiction specialists.” But until this happens, how can the prescription of methadone be liberalized for patients who need it?

One step is to pass the Opioid Treatment Access Act in Congress to make permanent the relaxed COVID-19 methadone dispensing rules and allow patients to receive their treatment at a pharmacy after induction into a program.

Another is to combat stigma placed on those who use methadone. The methadone-clinic system enables stereotyped images of “junkies” getting a methadone fix at the clinic. Foster the understanding that methadone patients are regular people getting medicine for a long-term chronic disease, like diabetes.

However, there is resistance to efforts to liberalize methadone prescribing and dispensing.

The American Association for the Treatment of Opioid Dependence serving the interests of the methadone-clinic system, opposes even the most minor reforms. The group opposes the OTAA, because, in their words, it would cause “diversion,” or the illicit distribution of methadone, to increase.

But the reason methadone gets diverted is because people who need it can’t get it because of the roadblocks under the current system. Patients are required to have opioids in their system, despite the fact they would be in withdrawal to need that medicine; patients are required to accept counseling, even if they cannot meet due to other responsibilities. It’s actually easier to get heroin, fentanyl and its analogues on the streets than get into a methadone program!

Marxists — and those who are in recovery — should work toward methadone liberalization. People would be able to get methadone without being looked at as hapless junkies. People seeking methadone deserve better.