The 100 truck drivers at the Harrisburg, Pennsylvania, location of 10 Roads Express have voted to join the American Postal Workers Union (APWU). The 10 Roads Express is the largest trucking firm contracted by the U.S. Postal Service to haul mail; 1,000 10 Roads Express workers already belong to APWU.

APWU President Mark Dimondstein praised the tremendous efforts of the Harrisburg organizing team, who stood firm against anti-union intimidation tactics. Bill Hamilton, an 18-year mail-haul driver said, “Most importantly, we will not accept being treated with anything less than the dignity and respect that we, as professional drivers, deserve.” (apwu.org) 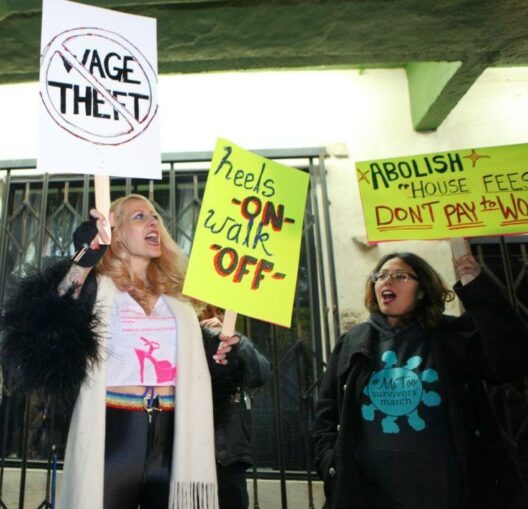 The strippers at Star Garden in Los Angeles voted to unionize last March and are negotiating with management to get union recognition. This comes after weeks of picketing and a walkout over the unfair firing of two dancers after they raised safety concerns. One of the dancers fired was threatened by a customer, and management ignored her demand for increased security.

As sex workers, the dancers want guarantees they will be provided adequate protection against misogynistic threats. The Star Gardens strippers have filed five Unfair Labor Practice charges with the National Labor Relations Board. The dancers have joined the Strippers United union, founded by Antonia Crane in 2018.

Crane formerly worked at the Lusty Lady strip club in San Francisco, when the dancers there unionized with Service Employees (SEIU) Local 790 in 1997. She hopes the victory of the strippers at Star Garden will spur other club dancers to organize. The solidarity and strength of a union can forcefully challenge the current misogynistic climate — epitomized by the Supreme Court’s attack on reproductive justice — and validate an individual’s bodily autonomy.

Baristas take over after bosses check out 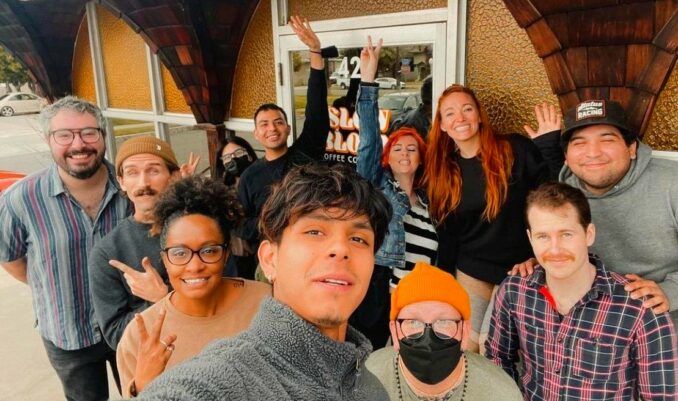 Augie’s Coffee House and roastery was a Redlands, California, institution. Clientele appreciated the experienced barista staff, many of whom had worked there for 8-10 years. The workers loved their jobs and had developed a rapport with their customers and each other over the years. When the workers decided to organize with the United Electrical, Radio, and Machine Workers (UE) and make demands for better pay and scheduling, the community showed support.

The bosses, however, decided to pull the plug, close up shop and fire all the workers in July 2020. What happened next shows the power of solidarity among workers. The staff reopened as a worker-run coffee shop, called the Slow Bloom Coffee Cooperative and organized as SBCC Local 1011 of UE. Now business aspects like expenses and profits are transparent.

Erik Lopez, who works at Slow Bloom, was one of the organizers who had worked at Augie’s. He says the two work environments are like night and day. Now there is no discrimination around scheduling, and tips are shared equally. The shop has no bosses, so workers are not subject to harassment by supervisors, who often target transgender or immigrant workers and put them on low-traffic shifts with scanty tips.

By dividing the tips, the workers at Slow Bloom show that everyone is valued equally. Everyone works hard, but sometimes a worker needs a break; being a few minutes late for your shift will not see you summoned into the boss’s office. The coffee co-op is doing well, but it was a hard road to get there.

Lopez can relate to the current Starbucks union wave and urges baristas to stand strong: “Keep at it, man, and don’t stop. I know there are a lot of tactics the boss can use, like stalling workers until they give up. Keep at it; have your co-worker’s back and outlast them.” (thestrikewave.com)

UAW on strike in three states

Close to 1,700 United Auto Workers (UAW) members are on strike. In Marion, Virginia, members of UAW Local 2850 have been striking General Dynamics since July 2. General Dynamics is a major military contractor.

UAW members at two Case New Holland facilities are entering their third month on the picket line, after contract negotiations in which the company failed to meet union demands. Case New Holland workers manufacture bulldozers and other heavy industrial vehicles. The 600 Racine, Wisconsin, and the 440 Burlington, Iowa, plant workers are determined to win.