New York City 2020. In the shadow of the COVID-19 epidemic are two others: the opioid and overdose epidemics. Since the start of these epidemics, there have been thousands of deaths from overdoses, even when the people who OD don’t even know they’ve consumed opioids.

What are the preventative measures to keep people from overdosing on opioids, knowingly or unknowingly? One is to keep naloxone (Narcan, Evzio) on hand to ensure that users can have their overdoses reversed. Another is to keep fentanyl test strips on hand, to catch the presence of fentanyl or most fentanyl analogues before one uses tainted substances. These methods save lives. But they require people being ready ahead of time. So what can consistently save the lives of drug addicts and others with Substance Use Disorder?

The operation and usage of safe consumption sites are places that addicted people can go to to keep from overdosing. These provide clean needles, fentanyl test strips, naloxone rescues. Some even provide methadone and buprenorphine referrals or treatment. Around the world where these services are offered, people’s lives have been saved in more than one way. 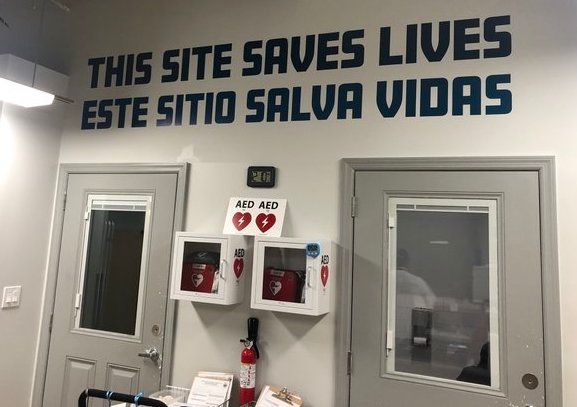 Whether it’s being rescued with Narcan or saved from the risk of HIV and hepatitis B and C, the sites work to serve working and oppressed people with Substance Use Disorder.

Now there’s good news from the Journal of the American Medical Association. In a July 15 research letter to the JAMA Open Network, there is proof that safe consumption sites in the U.S. work here, just like in other countries. (tinyurl.com/4eyhbtx4)

Despite the continued demonization of people who use drugs, the city of New York authorized the two safe consumption sites by OnPoint NYC: one in East Harlem and the other in Washington Heights. From the JAMA report, it’s now known that within the first two months of operations of the two sites, 613 people used the services almost 6,000 times.

The sites give a wide variety of services to the most oppressed and crushed people and provide them with love for themselves. A popular phrase used in addiction and recovery is “We will love you until you learn to love yourself.” The services provided at the sites demonstrate the power of that process for the actively using addict.

This is only the beginning of studies into the usefulness of safe consumption sites in the United States. And the future looks promising, indeed.