Three very different international meetings were held during the week of June 23-30. The three “summits” confirm a growing global divide. It is worth examining these meetings; who attended, and especially what they projected. Two focused on confrontation and military escalation — in sharp contrast to the first – BRICS – which focused on cooperation, sustainable development and trade.

The 14th BRICS Summit was the first gathering. It was held virtually June 23-24 and was chaired this year by China. 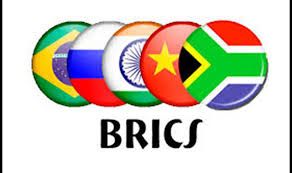 BRICS stands for the countries of Brazil, Russia, India, China and South Africa. These five countries, with a total population of 3 billion, or 40% of the world’s people, have widely different political and economic systems. But they are all developing countries and were all formerly colonies or neocolonies looted by the G7 bloc of imperialist countries. They are shaped by anticolonial struggles and face the necessity of cooperation.

The focus of the BRICS Summit was on increasing sustainable development and building an open world economy that supports trade and promotes cooperation. It was held under the theme: “Partnership, in a New Era for Global Development.”

BRICS is a unique forum that holds dozens of meetings prior to its annual summits. This year 70 conferences and events took place, covering the fields of political security, economy, trade, finance, sustainable development and public health, as well as people-to-people and cultural exchanges. BRICS maintains a commitment to strengthening multilateralism and opposing hegemonism.

Argentina and Iran have recently formally applied to join BRICS.

Eight other developing countries have held meetings and expressed interest. These expanded meetings are called BRICS+.

The concluding statement noted that, despite the COVID-19 pandemic and other challenges, BRICS countries in 2022 have jointly continued enhancing solidarity and deepening cooperation.

The 48th Group of Seven (G7) held a three-day summit held this year June 26-28 in Schloss Elmau, Krün, in the Bavarian Alps of Germany. Its stated purpose is to coordinate global economic policy.

Leaders from Canada, France, Germany, Italy, Japan, Britain and the United States, as well as the European Union, were present. These are the countries responsible for the looting and colonization of Asia, Africa and the Americas. They owe reparations for the genocide of Indigenous peoples, the enslavement of African people and the devastating world wars of the 20th century.

This summit of the most powerful and wealthiest imperialist powers was focused on how to intensify sanctions on Russia and how to continue the war in Ukraine.

Their new demands that oil-producing countries agree to a cap on Russian oil prices and on Russian gold and rare minerals, along with new restrictions on technology, are likely to be ignored by the developing countries of Asia, Africa and Latin America.

While the G7 member states represent less than 10% of the world’s population, their gross domestic product (GDP) comes to 45% of the global total. These powerful economies function in the interests of a tiny class of corporate owners, who make up less than 1% of their own population. What concerns this owning class is that while their wealth is concentrated in ever fewer hands, their position has slipped from controlling 70% of global GDP some 30 years ago. How to reinforce their declining position — in the face of a capitalist economic recession, soaring energy prices and inflation — is increasingly dividing them.

The days of dominance of the dollar and euro have passed. The rounds of sanctions imposed on Russia, harsher than ever before, were ignored by most of the world. The effort to strangle some 40 other countries with sanctions has forced open new forms of exchange. Global trade is moving toward a basket of currencies that include the Russian ruble, trading at an all-time high, the Chinese yuan and the Indian rupee.

As a public relations gesture, G7 politicians once again grandly pledged to raise $600 billion in private and public funds over five years to finance needed infrastructure in developing countries, especially in Africa. This measure was proposed as a counter to China’s multitrillion-dollar Belt and Road Development initiative, involving more than 100 countries.

But this G7 plan, called the “Partnership for Global Infrastructure and Investment,” was just a relaunch of last year’s G7 pledge of $600 billion. That plan was called 2021 Build Back Better World B3W. That grand pledge never moved past last year’s press release announcement.

Its fate was similar to Biden’s promises and silent defeat of a Build Back Better (BBB) transformational package for social needs and infrastructure within the U.S.

The idea that Washington, which has hardly completed any large infrastructure project within the U.S. in decades, will help build infrastructure in the developing world is not taken seriously by any country. U.S. military industries are more interested in the superprofits of new weapons systems, the construction and maintenance of 800 military bases around the world and the project of building a new forward base in Poland.

NATO is the U.S.-commanded military alliance that serves as a global enforcer of U.S. corporate power. It was formed in 1949 by 12 imperialist countries of Europe, Canada and the U.S. to blockade the Soviet Union and the countries attempting to build socialism in Eastern Europe after World War II.

Since the collapse of the Soviet Union, this military alliance has surged across the Balkans and Eastern Europe, pushing these formerly socialist countries into a military straitjacket. NATO has imposed harsh capitalist economic restructuring, enforced privatization of industry and housing, along with costly military maneuvers every month to bolster U.S. wars in Iraq and Afghanistan.

This 2022 meeting of generals and capitalist politicians agreed on a fundamental shift in NATO, whose Secretary General Jens Stoltenberg declared it the “biggest overhaul of our collective deterrence and defense since the Cold War.” (tinyurl.com/drk4chkp)

Most ominously, Australia, Japan, New Zealand and the Republic of Korea were invited as “Indo-Pacific Partners” to participate in a NATO Summit for the first time. This invitation was part of a new “NATO Strategic Concept” — a 10-year strategy plan that openly declares China a threat: “The close alliance between China and Russia threatens western values.”

The NATO meeting focused on “strengthened forward defenses, enhanced battlegroups in the eastern part of the Alliance and an increase in the number of high-readiness forces.” The number of NATO troops on high alert would rise from the present 40,000 to well over 300,000.

The United States will deploy over 20,000 additional forces to Europe. There are currently approximately 100,000 U.S. forces in Europe.

It is worth noting that NATO’s track record in pumping up the size of its forces on the ground was disastrously ineffective in Iraq and in Afghanistan.

With NATO trainers, the Ukrainian army grew from 6,000 combat-ready troops in 2014, at the time of the U.S.-backed coup against the elected Ukrainian government, to nearly 150,000 by June 2021, according to a summary put out by the U.S. Congressional Research Service. Ukraine’s military expenditure tripled in that time.

Now these same well-trained, “combat-ready” Ukrainian troops are collapsing faster in Lugansk than NATO-trained forces did in Afghanistan last year. No evaluation of NATO’s resounding defeat in Afghanistan or the collapse in Ukraine was discussed.

The grand NATO plan to pull Russia into a quagmire in Ukraine and use sanctions to destabilize Russia with hyperinflation and shortages has hit the NATO members far harder than Russia. This is only escalating their wild thrashing about for other military solutions.

Instead, the NATO Summit called for intense military involvement in the Middle East, North Africa and the Sahel region of Africa. The Sahel stretches from Morocco, Algeria, Libya, Egypt, Mali, Niger, Chad and Sudan to Ethiopia.

Rather than making development plans for Africa, NATO is planning increased military interventions and wars.

New international alliances are forming. The presidents of Russia, Iran, Azerbaijan, Kazakhstan and Turkmenistan — the five countries that share the Caspian Sea Basin, met June 29 in Turkmenistan at the Sixth Caspian Sea Summit —   to plan regional cooperation and development, especially of oil and gas resources. (tinyurl.com/yeyt7s43) They pledged to keep foreign armies out of the Caspian Sea basin. (apnews.com)

What is clear from the G7 and NATO meetings is that the U.S. ruling class is withdrawing rapidly from economic globalization, because it is no longer able to call the shots. Now it is doing all it can to sabotage supply lines and create shortages. A brutal effort is underway to establish new, smaller economic and military pacts with its allies. The resulting recession and inflation may derail their plans.

Mass demonstrations held at the G7 Summit and the NATO Summit are a sign of growing and needed resistance.