A coalition of real estate developers, corporate lobbyists and Democratic party operatives succeeded in ousting San Francisco District Attorney Chesa Boudin from office in a recall election June 7. The Boudin tenure came to an abrupt end only two and a half years after San Francisco voters elected him as a reformer who promised decarceration, the abolition of cash bail and a refusal to collaborate with Immigration and Customs Enforcement. 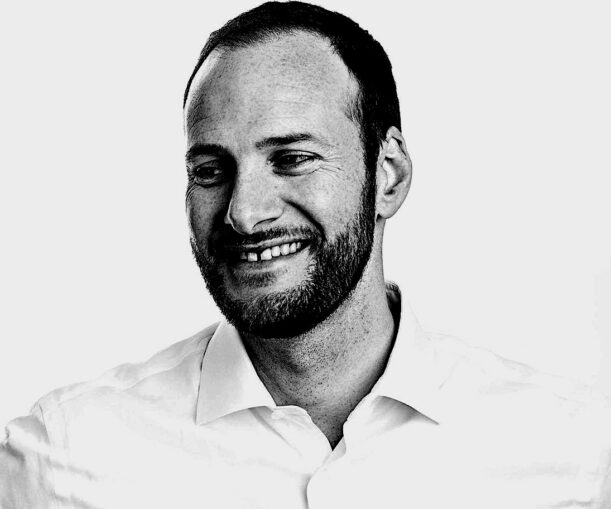 Boudin is widely seen as belonging to the cohort of reform-minded lawyers across the country, who are unconventional aspirants to an office commonly referred to as a city’s “top cop.” This so-called “progressive DAs” movement was an apparent response to the rise of President Donald J. Trump in 2017. Before Trump’s first year in office was over, Philadelphians elected civil-rights defender Larry Krasner to the DA’s office.

Like Krasner and other peers, Boudin declined to pursue cases that more “tough-on-crime” DAs would have rabidly prosecuted. His office declined to issue charges in a high-profile drunk driving case at the end of 2020 and instead referred the individual back to state parole officials.

While all of these “progressive DAs” faced aggressive backlash from cops, landlords and gentrifier developers, all except Boudin so far remain in office. Krasner was reelected in November 2021 with a rather remarkable 70% of the vote. Even Tiffany Cabán, who lost the DA’s race in Queens, was able to win a seat on the New York City Council as a 32-year-old queer Puerto Rican public defender who calls for the decriminalization of sex work.

However, like Boudin, Gascón now faces a recall election. Krasner is currently a target for impeachment by the Republican-controlled Pennsylvania state legislature.

Why was Boudin targetted?

Boudin’s brand of progressivism is not exactly the same as that of his reformist peers. Prior to his run for office, Boudin was a San Francisco public defender, who had also served as a translator at the Miraflores presidential palace for radical Venezuelan President Hugo Chávez.

Both his parents, Kathy Boudin and David Gilbert, were members of Students for a Democratic Society and the Weather Underground and were sentenced to life in prison for their alleged role in a Brinks armored truck heist in 1981. Gilbert was finally released from prison in November 2021. Kathy Boudin was paroled in 2003 but sadly passed away last May 1.

Boudin became the first DA in the city’s history to prosecute a cop for homicide. He implemented a diversion program that allowed people convicted of “nonviolent crimes” to avoid prison time if they were the legal guardian of a child under the age of 18. His office eliminated cash bail, something Krasner promised but never implemented.

During the COVID-19 pandemic, Boudin reduced the San Francisco jail population by 40% (tinyurl.com/39ktwm6r) while Philadelphia jails remain overcrowded with skyrocketing death rates that local advocates have referred to as a “humanitarian crisis.” (tinyurl.com/2p8b58y8)

Boudin’s office implemented a number of measures to limit the police department’s efforts to protect violent and crooked cops, preventing the hiring of cops with prior misconduct records, preventing prosecutors from convicting anyone based solely on police testimony and announcing that victims of police violence could seek compensation from the state for medical damages.

Perhaps most threatening to the status quo was Boudin’s launch of the Economic Crimes Workers Unit, an arm of the DA’s office that specifically investigated instances of worker abuse, wage theft, labor trafficking, workplace retaliation and violations of “unfair competition” laws.

This type of criminal behavior is rampant in the U.S., but because these crimes are committed by bosses, bankers and billionaires, they are never mentioned by cops or “tough-on-crime” politicians. While they scream about shoplifting and petty retail theft, they don’t lift a finger to help workers who are robbed of $15 billion a year by their bosses.

They want people to get angry about poor workers collecting unemployment, not about wealthy tax cheats accounting for $1 trillion in lost revenue annually, according to the IRS. Because Chesa Boudin attempted to use the power of the state to prosecute capitalists instead of poor people, well-financed real estate firms, big tech corporations and cops joined together to put a stop to him.

California’s unique recall statute allows any 10 individuals to file a “notice of intent” with a city clerk in order to circulate a petition to recall an elected official. If petitioners get the required signatures, determined by the number of people voting in the last election, a recall election is triggered.

The ballot question is a simple yes-or-no referendum on removing the targeted official, effective immediately. Voters have no say in who will replace the official if recalled.

The June 7 recall effort to unseat the most high-profile “progressive prosecutor” in the country did not come exclusively from right-wing Republicans. It also involved well-connected Democrats including party operative Mary Jung, who chaired the San Francisco Democratic Party from 2012 to 2016.

Jung rose to leadership in the early 2000s, boasting endorsements from Speaker of the House and big landlord Nancy Pelosi and two former mayors of San Francisco: five-term Senator Dianne Feinstein and current California Governor Gavin Newsom. According to the San Francisco Examiner, Jung collected a six-figure income as a lobbyist for the National Association of Realtors at the same time.

In the San Francisco Chronicle June 9, Adam Johnson wrote: “Because Boudin’s opponents were not required to get behind an alternative, the actual politics of who is replacing him couldn’t drive a wedge between the somewhat ideological diverse anti-Boudin coalition. Which is to say, it permitted wealthy white liberals, who fancy themselves enlightened and progressive, to vote against Boudin, without the messy social costs of having to actually back a foaming right-wing candidate.”

Boudin, for his part, shares this diagnosis. “People are angry; they’re frustrated, and I want to be very clear about what happened tonight: The right-wing billionaires outspent us three-to-one, they exploited an environment in which people are appropriately upset, and they created an electoral dynamic where we were literally shadowboxing.

What does this mean for the movement and for the people? Chesa Boudin’s recall is a defeat. We should not deny this. While many radicals already doubted the efficacy of ever using the tools of the oppressor to dismantle the structures of oppression, this draws a clearer line on the limitations of using elected office for genuine change. But it teaches us never to forget the old adage: Know thy enemy. The capitalist class enemy is a hydra who wears many faces, and half of them are Democrats.