White supremacy did not begin nor will it end with the June 24 U.S. Supreme Court ruling that swept away Roe v. Wade, that for almost 50 years legalized access to abortion. Yet the ruling has sharpened this major pillar of capitalist oppression that touches every aspect of life in the U.S. Without this depraved weapon to uphold the superrich’s status quo, that targets oppressed peoples, especially those of color, the U.S. would not have developed into the most powerful imperialist country in history. White supremacy permeates U.S. society.

The SCOTUS ruling is a frontal attack on the right to health care for women and any person able to bear children. It has been well documented, however, that Black women are three times more likely to die in childbirth than white women. This difference arises from preexisting health conditions like hypertension, obesity and diabetes, along with overall poor health care due to racism and poverty.

Police terror remains an epidemic for Black and Brown people. In the most recent case, June 27 in Akron, Ohio, police killed a 25-year-old Black man, Jayland Walker, hitting him at least 60 times, while firing 90 bullets as Walker was running away after a high-speed chase over an alleged traffic violation.

NAACP President Derrick Johnson said, “We are just trying to live our lives, and we are tired of being hunted like prey. We know that pulling over for the police is often a death sentence.” (Akron Beacon Journal, July 2)

These kinds of police murders are the norm, not the exception, especially where young Black men are viewed as less than human. On the flip side, white supremacists like Dylann Roof, Kyle Rittenhouse and Payton Gendron were treated with kid gloves by police and in Roof’s case even treated to hamburgers, after they massacred their victims, who were either Black or anti-racist.

And then there are the thousands of migrants from Central America, the Caribbean, Africa and elsewhere forced to leave their homelands, seeking a better life, only to be brutalized and even killed by Immigration and Customs Enforcement. Decades of inhumane immigration policies upheld by numerous Democratic and Republican administrations label these workers as “illegal.”

Last week, over 50 migrants lost their lives in an overheated truck, when they died while trying to clandestinely cross the U.S./Mexican border.

These examples are forms of white supremacy amongst a multitude of others.

When SCOTUS overturned Roe v. Wade, Supreme Court Justice Clarence Thomas stated that this decision could lay the basis for scrapping other past landmark decisions won by mass and legal struggle. These include the right to same-sex and interracial marriage, to obtain contraceptive drugs and to end the bigoted anti-sodomy laws. Thomas says these issues were not first in the U.S. Constitution, when it was written. 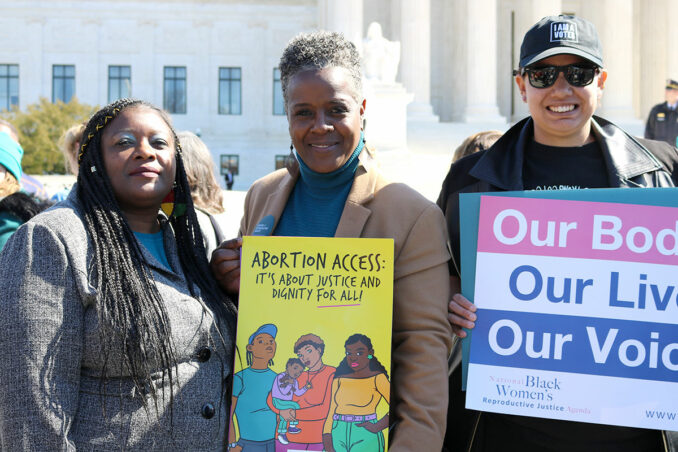 That’s a reason to tear up the entire U.S. Constitution and throw it away. That Constitution was first ratified in 1787 by privileged white males — only — many of them slaveholders. There was no mention of Indigenous people, enslaved people, LGBTQ2S+ people or women. These omissions alone reflect the undemocratic, racist, misogynist and homophobic views of the rich and powerful of that day — just as they do today.

The U.S. Supreme Court, unelected by the masses and appointed for life, is the institution the billionaire ruling class is wielding to divide workers along nationality, sexuality, sex and gender lines.

The only solution to these attacks, rooted in white supremacy, is to build classwide solidarity amongst all sectors of the global working class to defend their interests as a class. This is especially necessary as the global capitalist economic crisis continues to spiral out of control.