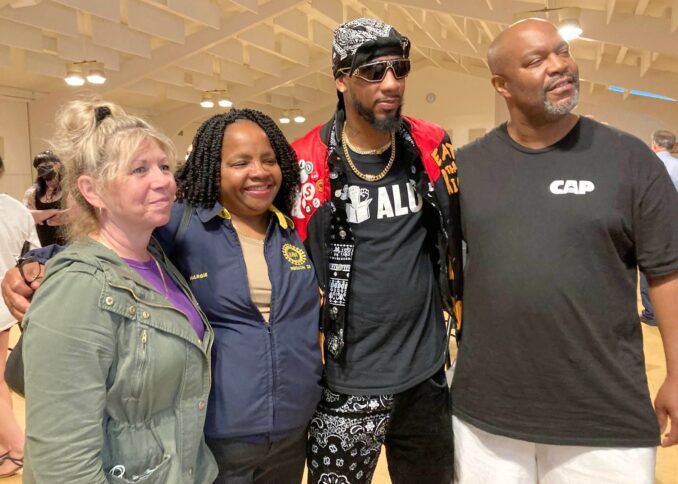 What was the secret to a new, independent union beating a Goliath corporation like Amazon?

“Number one for us was building and earning trust, and that’s something that Amazon fails at miserably,” Smalls said. “We were doing things Amazon would never do. And the biggest thing was love. We showed that we cared, that we loved one another.”

Desatnik began promoting unionism to his co-workers at the CLE2 Amazon warehouse in March. After signing up over 200 potential union supporters in May, Amazon fired him for an alleged “security infraction.” The National Labor Relations Board is investigating Desatnik’s complaint. Desatnik spoke on how inspired he was by the Amazon Labor Union’s April 1 victory.