In response to U.S. attempts to take advantage of the war propaganda to expand NATO to include Finland and Sweden, the anti-war and anti-imperialist movements in both Scandinavian countries have taken to the streets. The photo is of a demonstration June 4 in Helsinki, Finland. The sign in front reads, “Yes to peace, no to NATO,” while the one right behind it reads, “Always reject NATO.” 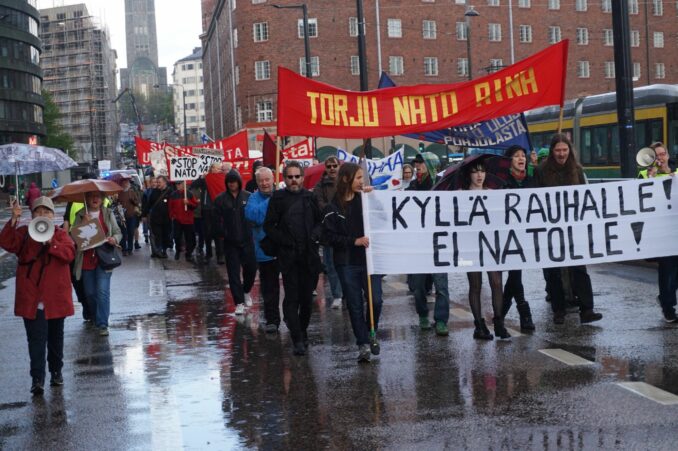 In both countries the conservative parties and the social democratic parties have fallen in line behind the U.S. offensive against Russia and have accepted membership in NATO. While the U.S. is trying to rush the expansion of NATO, this is now being delayed by the Turkish government’s objections to the two Scandinavian governments.