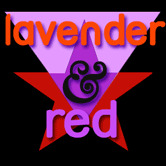 The following is one installment of Feinberg’s “Lavender & Red” series on the intersection of LGBTQ+ and socialist history; this installment appeared Aug. 18, 2007, in Workers World newspaper. The 120-part series was published between 2004 and 2008 and can be downloaded free at workers.org/books. Some of the language that follows is from English translations that do not necessarily reflect current usage.

“I want to bring the revolution’s humanity to those aspects of life that it hasn’t reached because of old prejudices,” said Mariela Castro Espín — who has worked hard to eradicate prerevolutionary prejudices about same-sex love, transgender and gender variance in Cuba. (Reuters, June 29, 2006) 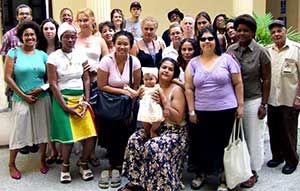 Castro Espín is director of Cuba’s National Center for Sex Education (CENESEX), which has accomplished a great deal in a relatively short time to replace prejudices about same-sex love and transgender with positive attitudes.

CENESEX created its own internet website — www.cenesex.sld.cu —shortly after the 16th World Congress of Sexology met in Havana in March 2003. The Spanish-English site incorporates a section on sexual diversity, offers basic information and gives opportunities to consult with experts and to voice personal opinions.

The site gets right to the point about its objective — to “overcome the taboos and prejudices that persist about same-sex love: Being homosexual or bisexual is not a disease; it is not synonymous with perversity, nor does it constitute a crime.”

Homosexuality, the website makes clear, “is a sexual orientation that is not caused by seduction at any age; it is not contagious and is not acquired by educational defects or negative examples in the family environment. . . .”

Work accomplished, work to do

Castro Espín said in the summer of 2004 that these developments are “the result of an effort of more than 30 years, and now we are seeing its fruits more clearly.” When asked by a BBC reporter in September 2006 whether perceptions about homosexuality had changed in Cuban society, Castro Espín answered, “I think so; it has changed very much.”

She told interviewer Eduardo Jiménez García: “I do believe that since the 1990s, there is greater acceptance of the presence of homosexuals by some portion of the population and public institutions. That does not mean that the contradiction has been resolved for all individuals at all levels of society.” (“Alma Mater,” Journal of the University of Havana, reprinted in Green Left Weekly, March 3, 2004)

Castro Espín added, “I think we are at a good moment to implement policies that are more explicit about the defense of the human rights of homosexuals, so that we are better prepared to confront any manifestation of discrimination on the grounds of sexual orientation. I see this very humanistic attempt to achieve greater respect for the rights of homosexuals as the waging of a battle of ideas in our society. I believe this notion has to be part of the cultural and political battle, because that would mean a cultural, social and political strengthening for the Cuban Revolution. . . .

“The Cuban Revolution has been possible because of the participation of all men and women, of all Cubans who have identified with the conquests and dreams of that social project. Among all those who have participated, there are also people of diverse sexual orientations.”

As earlier articles in this series documented, the CIA, Hollywood and corporate media try to deflect resistance to U.S. imperialism’s covert war against Cuba — and to the domestic discrimination, police brutality and bashing of same-sex-loving and gender-variant people commonplace in the U.S. — by focusing on the onerous tasks Cuba’s revolution faced in uprooting centuries of prejudice about same-sex love. Of course, each poisonous seed had been planted and cultivated by U.S. capitalism and, earlier, Spanish colonialism.

Today, the Cuban Revolution has made enormous strides in raising popular consciousness about sexual liberation, including same-sex love. Building ties of unity between the lesbian, gay, bi and trans movement in the U.S. and the Cuban Revolution requires conscious leadership of the most resolute anti-imperialist activists in the liberation movement for LGBT and other sexually, sex- and gender-oppressed peoples.

Yet some activists in the U.S. still argue that Cuba won’t have “passed the test” until lesbians and gays are “out” in Cuba with their own autonomous organizational formations.

Lesbians and gay men in the U.S. and other capitalist countries are “out” in order to unite against shared and/or overlapping mechanisms of oppression.

Castro Espín stated categorically to journalist Mary Lamey via a translator, “There is no official repression of lesbians and gays in Cuba. What remains are social and cultural reactions that must be transformed, the same as in many other countries.” (Canada.com, The Gazette, July 29, 2006)

Cubans defining their own liberation

In a capitalist country, being “out” is not only an assertion of individual identity and personhood. The movement to end the oppression has to be “out” and independent as well.

That is because of the LGBTQ+ movement’s relationship to its own ruling class in capitalist countries. In the class struggle, it is imperative for the movement to break free of its own capitalist bosses and their ideology. In that case, the movement is only as powerful as it is independent.

But what about a socialist country in which the laboring class rules and is trying to build socialism in the liberated turf of a workers’ state? What would Cuban men who have sex with men, women who have sex with women, and bisexuals and transgender Cubans gain by identifying “away” from their own class?

Castro Espín addressed the question of organizing for change in Cuba in her 2003 interview with Eduardo Jiménez García. “I think the greatest difficulty is that there is no unifying and convincing project, because male and female homosexuals are as heterogeneous as heterosexuals,” she said. “Yet, I don’t see this as an obstacle; I see it as a complicated reality.

“I believe that male and female homosexuals should participate more in different loci of social and political discussion, despite the prejudices, so they can make their truth, their real need for equality, their beliefs known, in order to gain support from the scientific community, and in that way bring to bear arguments that can effect the changes that are necessary in society — and see that they are just.”

However, an international network of both LGBT social democrats — and those far to the right of them — has developed in the imperialist countries, particularly the U.S. and Britain. It makes an appeal to Cubans, and others in countries menaced by imperial powers, to identify first and foremost based on what is presumed to be an identical and shared sexuality. In turn, this network asserts its readiness to defend gay and lesbian Cubans and others — but only against their own people, culture and national liberation struggle.

When aligned with overall and sometimes specific imperialist interests, such a position can offer a “left-cover” for regime change — through covert and/or military intervention.

Cubans are defining their own liberation.

The Cuban Revolution merits the support of progressives and communists around the world, without demands that it measure up as “perfect” using an imperial ruler. A socialist revolution is a process, not a single act. Solving the economic and social problems that the capitalists cannot and will not tackle is the dynamic forward motion of revolution.

Regarding the revolution’s efforts to eliminate old prejudice against homosexuality, Fidel Castro concluded during a 1988 interview with a Galician television station: “Given that we can make mistakes, we obsessively follow the idea [of] what is just, right and best for the people and what is most humane for our people and our society. However, the task is not easy — I think that each time we get closer to the right criteria for making the world we want. Nonetheless, I think that we still have many faults, and that future generations will have to continue to perfect this new world.”

Bringing revolution’s humanity to all aspects of life

The whole population of Cuba — of all races, sexes, genders, sexualities, ages and abilities — does not need to be defended against its own culture or its own revolution. It needs and deserves defense against the U.S. blockade of its island and every other illegal act of imperialist war, overt and covert, which impedes revolutionary progress.

International support for Cuba’s right to sovereignty and self-determination will allow the island’s population to spend more time, energy and resources on socialist construction, rather than on defense.

It is the LGBT movements in the imperialist citadels that have to break with their own ruling classes in order to build bonds of genuine international solidarity. It’s a hard position to take. It requires ideological valor: the refusal to remain silent about the emperors’ “new” clothing.

In order to move forward toward their own liberation, the LGBTQ+ and other progressive movements in the U.S. and other capitalist countries have to combat anti-communism — which is, in the long run, a defense of capitalism — and develop a powerful anti-imperialist current that can extend its solidarity to Cuba and all countries fighting for their sovereignty and self-determination against finance capital.

The Cuban Revolution has had to take up the tasks that history presented it, including the eventual eradication of the legacies of racism, sexism and anti-gay bigotry. Revolutionary Cuba — the “hope of the hemisphere” — has done a better job dealing with its own tasks.