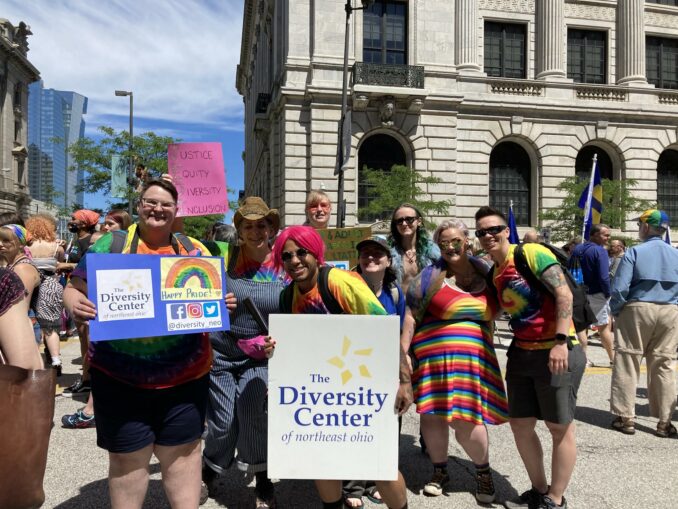 In the first LGBTQ+ Pride parade since the COVID-19 pandemic began, and possibly the largest in Cleveland history, thousands marched through downtown June 4. Most of the marchers were young, with some carrying signs or wearing T-shirts in solidarity with trans youth.

On June 1, at 11:15 p.m., the Ohio House of Representatives snuck in an anti-trans amendment to an unrelated bill, HB151, originally written to revise the state’s Teacher Residency Program. The amendment not only bans transgender women and girls from participating in high school and college athletics, it mandates genital “verification” for athletes accused of being trans.