The article below was first published June 29, 2011, following a release from WikiLeaks confirming that U.S. media claims of a “massacre” in Tiananmen Square in Beijing in 1989 were false.

How many times have we been told that the U.S. is an “open” society and the media are “free”? 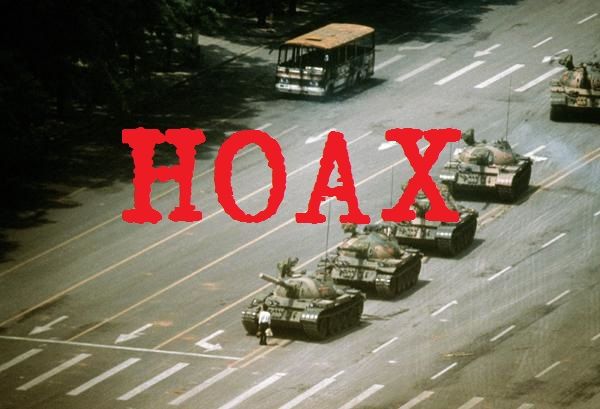 Usually such claims are made when criticizing other countries for not being “open,” especially countries that don’t follow Washington’s agenda.

If you live in the United States and depend on the supposedly “free” and “open” commercial media for information, you would without a doubt believe that the Chinese government massacred “hundreds, perhaps thousands” of students in Tiananmen Square on June 4, 1989. That phrase has been repeated tens of thousands of times by the media of this country.

But it’s a myth. Furthermore, the U.S. government knows it’s a myth. And all the major media know it too. But they refuse to correct the record, because of the basic hostility of the U.S. imperialist ruling class to China.

On what do we base this assertion? Several sources.

The most recent is a WikiLeaks release of cables sent from the U.S. Embassy in Beijing to the State Department in June 1989, a few days after the events in China.

Second is an assertion in November 1989 by the Beijing bureau chief of the New York Times, an assertion that has never again been referred to by that newspaper.

And third is the account of what happened by the Chinese government itself, which is corroborated by the first two.

Only one major Western newspaper has published the WikiLeaks cables. That was the Telegraph of London on June 4 of this year, exactly 22 years after the Chinese government called out the troops in Beijing.

Two cables dated July 7, 1989 — more than a month after the fighting — related the following:

“A Chilean diplomat provides an eyewitness account of the soldiers entering Tiananmen Square: He watched the military enter the square and did not observe any mass firing of weapons into the crowds, although sporadic gunfire was heard. He said that most of the troops which entered the square were actually armed only with anti-riot gear — truncheons and wooden clubs; they were backed up by armed soldiers.”

A following cable stated: “A Chilean diplomat provides an eyewitness account of the soldiers entering Tiananmen Square: Although gunfire could be heard, he said that apart from some beating of students, there was no mass firing into the crowd of students at the monument.”

It should be remembered that Chile at that time was ruled by Gen. Augusto Pinochet, who had come to power in a violent, anti-socialist, U.S.-supported right-wing coup, in which thousands of leftists, including President Salvador Allende, had been killed. The “Chilean diplomat” referred to would have been no friend of China.

Not one U.S. newspaper, television or radio outlet has reported or commented on these cables released by WikiLeaks nor on the Telegraph story about them. It is as though they fell into a bottomless chasm.

Is it because the media here don’t believe the report is credible? Hardly.

The New York Times knows it’s credible. Their own Beijing bureau chief at the time, Nicholas Kristof, confirmed it in an extensive article entitled “China Update: How the Hardliners Won,” published in the Sunday Times magazine on Nov. 12, 1989, five months after the supposed massacre in the square.

At the very end of this long article, which purported to give an inside view of a debate within the Chinese Communist Party leadership, Kristof stated categorically: “Based on my observations in the streets, neither the official account nor many of the foreign versions are quite correct. There is no massacre in Tiananmen Square, for example, although there is plenty of killing elsewhere.”

Even though Kristof’s article was harshly critical of China, his statement that there was “no massacre in Tiananmen Square” immediately drew howls of protest from China bashers in the U.S., as reflected in the Times’ letters column.

Had there been fighting in Beijing? Absolutely. But there was no massacre of unarmed students in the square. That was an invention by the West intended to demonize the Chinese government and win public sympathy for a counterrevolution.

The turn toward a market economy under Deng Xiaoping had alienated many workers. There was also a counterrevolutionary element trying to take advantage of popular grievances to completely restore capitalism.

The imperialists were hoping the struggles in Beijing would bring down the Chinese Communist Party and destroy the planned economy — similar to what was to happen two years later in the Soviet Union. They wanted to “open up” China, not to truth, but to the looting of the people’s property by imperialist banks and corporations.

After much wavering at the top, the army was called out and the uprising crushed. China was not broken up like the Soviet Union; its economy has not imploded, nor has the standard of living declined. Quite the opposite. Wages and social conditions have been improving, at a time when workers elsewhere are being forced backward by a severe capitalist economic crisis.

Despite deep concessions to capitalism, foreign and domestic, China continues to have a planned economy based on a strong state-owned infrastructure.