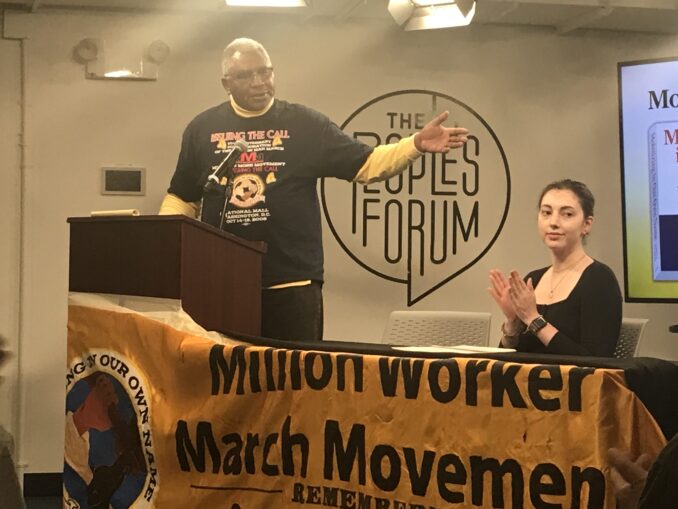 Clarence Thomas — known as the “real” Clarence Thomas, as opposed to the right-wing SCOTUS justice — a retired member of the militant International Longshore and Warehouse Union (ILWU) Local 10, was the main speaker at a meeting and book signing for an exciting new book, “Mobilizing in Our OWN Name.” The May 11 meeting at the People’s Forum in New York City was part of an East Coast tour to promote the book, which chronicles the historic organizing that built the Million Worker March in 2004, of which Thomas was a co-founder.

ILWU Local 10, along with other radical Black unionists and political activists, launched an independent, rank-and-file grassroots movement to challenge the Democrats and to support a progressive platform of demands during the 2004 presidential election. Some of those demands included the right to health care, education, jobs with a living wage, an end to racism, etc.

Thomas explained that the AFL-CIO leadership, then led by John Sweeney, tried to pressure the MWM to support the pro-capitalist, pro-war Democratic presidential nominee, John Kerry. The pressure failed.

As Martha Grevatt noted in an April 19 Workers World review, “‘Mobilizing in Our Own Name’ is not a typical anthology, limited to 10 or 20 essays by a range of mainstream authors. Instead Thomas has assembled 300-plus pages of articles, leaflets, letters, statements, poems and photographs. Many of the articles are from the pages of Workers World newspaper.

“Local 10’s sharp divergence from ‘business unionism’ is a thread running throughout the book. In a 2005 statement released after a group of major unions left the AFL-CIO to form Change to Win, MWM movement identified ‘central questions of concern to the rank and file,’ including ‘how to transform and make the existing top-down structure [of] business unionism democratic.’” (workers.org/2022/04/63420/)

The important lessons coming out of the MWM, which brought out over 10,000 people for a rally at the Lincoln Memorial in Washington, D.C., on Oct. 17, 2004, were discussed at the Forum for today’s huge wave of union organizing led by mainly Starbucks’ and Amazon’s young workers. 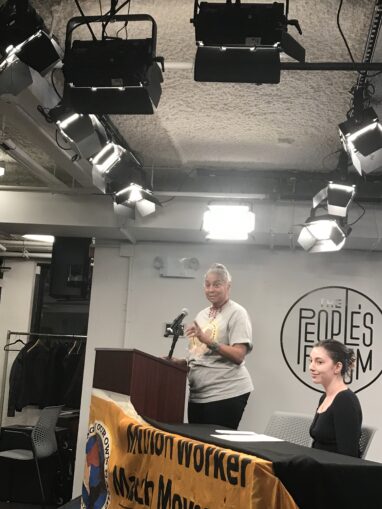 Speakers at the book signing included regional MWM organizers, such as Sharon Black, Larry Holmes, Johnnie Stevens, Brenda Stokely and Gloria Verdieu, who edited the book. A young Black worker, Shaquille Williams, a mutual aid activist, spoke on how inspired he was to hear about the MWM groundbreaking movement. Miranda Bachman, from Youth Against War & Racism, chaired the meeting. Go to MillionWorkerMarch.com to order the book. 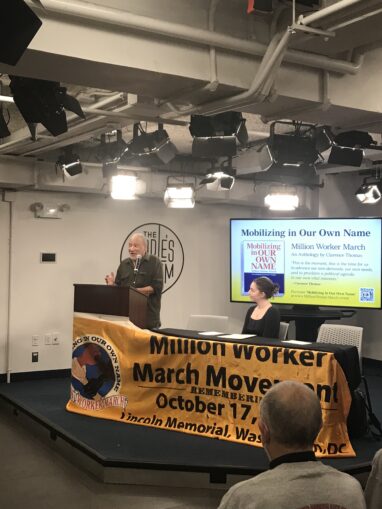