On May 14-15 Portland activists commemorated the Nakba — the day in 1948 that Israeli settlers and governmental forces brutally displaced Palestinians from their homeland. Nakba is Arabic for “catastrophe.” 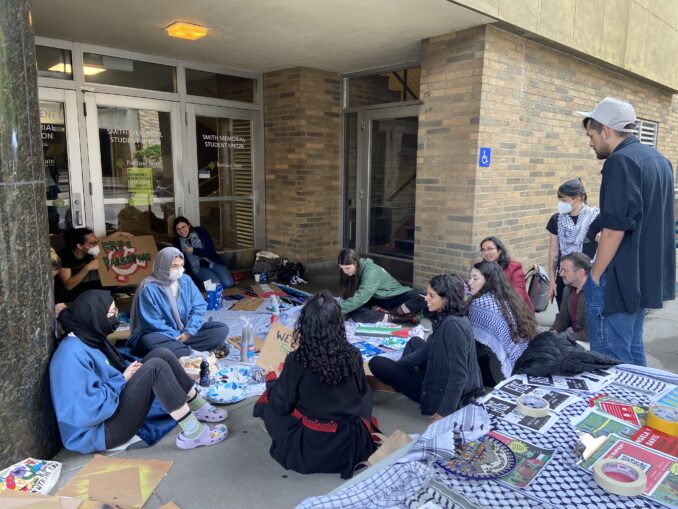 On May 14, members of the Portland State University Students United for Palestinian Equal Rights (SUPER), International League of People’s Struggle (ILPS) and Workers World Party gathered on campus, under shelter from rain, to make signs for the Nakba. Along with sign making, SUPER members offered teach-ins of the history of the Nakba and told stories of their visits and their families’ visits to Palestine.

On Nakba Day, May 15, members of SUPER, ILPS, WWP, the Willamette Action Collective, and POPS (People Organizing for Philippine Solidarity) assembled at the World Trade Center building on the Willamette River waterfront. 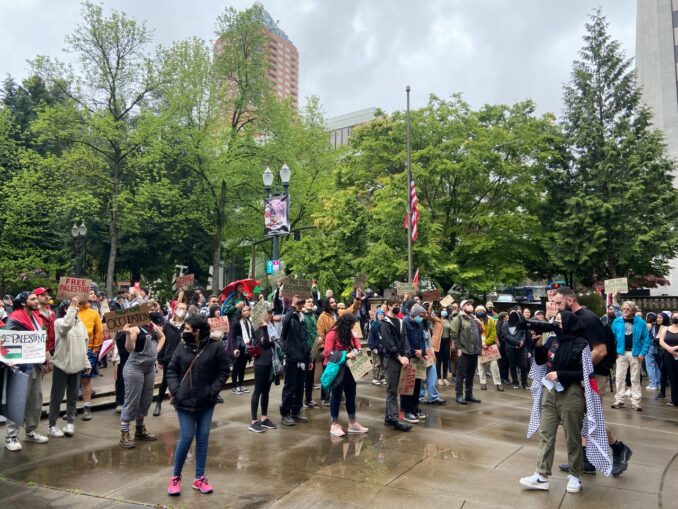 They then marched through the streets of downtown Portland, chanting “Free Palestine” and rallied at City Hall for a round of speeches, including from a person who had known Shireen Abu Akleh, the Palestinian Al Jazeera journalist recently killed by Israeli soldiers. Abu Akleh was deeply remembered and given tribute at the demonstration.

Following the rally, the groups continued marching to the Portland State University Park Blocks, for more speeches. A raffle raised money for SUPER, in collaboration with numerous generous Palestinian and Middle Eastern businesses across the city.