Pauline Bray Fletcher was the first Black registered nurse from the state of Alabama. Born in 1884, she studied nursing at the Huntsville Normal School, which is now Alabama Agricultural and Mechanical University. The school is a public, historically Black land-grant university in Normal, which the state of Alabama founded in 1875. 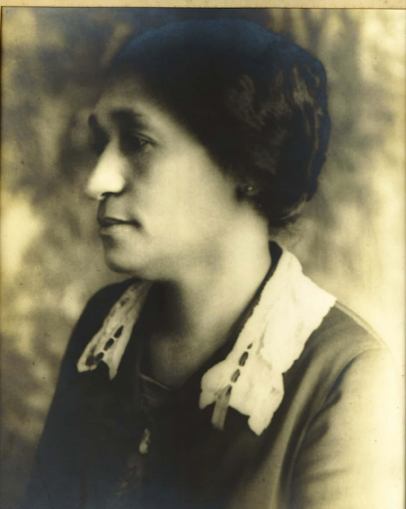 Fletcher graduated in 1904 and then spent the next few years in Decatur, Alabama, where she served as both general and head nurse at Sterrs Hospital, which was founded by Black physician Dr. Edwin Sterrs in 1900. When she resigned in 1906, she took charge of the Birmingham Children’s Home for Negroes Hospital.

Over the course of her career, Fletcher also worked for the Jefferson County Department of Health and the Anti-Tuberculosis Association (later known as the American Lung Association). She saw firsthand the suffering of the Black community in Alabama.

Health care for Black Alabamans was subpar, due to poverty, segregation and white supremacy. Fletcher became convinced that Black children needed an outdoor camp to provide a temporary escape from the poor unsanitary conditions they were forced to endure. Using personal funds from mortgaging her home, along with donations, Fletcher purchased acres of woodland in Bessemer, Alabama.

With donations Fletcher procured lumber from local companies, which she and her team used to build sturdy cabins. The camp was originally named after Margaret Murray Washington, the spouse of Booker T. Washington. Its name was changed to Camp Fletcher in 1942, to honor the nurse who made her dream a reality.

Le Tanya Scott, education director of the Cahaba River Society and former camp counselor said: “[Fletcher’s] dream was that she wanted to bring children out into the woods. Get them out of Birmingham, out of the pollution into some fresh air to learn how to swim, to learn how to love nature, to not be afraid. She did that, and she exemplified that in so many different ways. What nurse Fletcher did for her community was groundbreaking and monumental.” (Birmingham Times, April 20)

The camp remains vital today. On 300 acres of woodland, 800 children from varying backgrounds come together. Camp administrator Dean Cowser put it this way: “They may not understand the significance of the history now, but the goal is for them to grow up and say, ‘Hey, when I was a kid, I spent time at a camp with a history so ahead of its time, and I want to make that same contribution to the world.’” (Birmingham Times, April 20)

The week to recognize nurses is taking place May 6 to 12. Events typically commemorate Florence Nightingale’s May 12 birthday. Nightingale, remembered for her hospital work during the Crimean War in the mid-19th century, is considered the founder of professional nursing schools.

Lesser-known Mary Seacole was a Black nurse who learned her healing skills from her mother in Jamaica. She was a contemporary of Nightingale and also went to the Crimea to care for sick and wounded British soldiers.

Despite her well-documented health care experience and knowledge, Seacole’s numerous attempts to join government-sanctioned contingents of nurses were denied. Instead, with her own resources, she established a hospital/hotel in Balaklava in Crimea and frequently traveled to the battlefield to nurse the wounded.

Why is it that every nurse in the U.S. is familiar with Florence Nightingale, yet knows nothing of Pauline Braye Fletcher or Mary Seacole? The answer is shamefully clear. The nursing profession has a long history of white supremacy and racism. This writer, who is an RN, says it is not something she is proud to admit, but denying it is not an option.

Nursing scholars have begun to explore this stain on the “caring” profession, as a result of the Black Lives Matter movement. Nursing historians have “discovered” nurses like Seacole and Fletcher and are adding their stories to provide a richer telling of the history of nursing in the U.S. and worldwide.

Nurses advocate for an end to the health care disparities seen in patients who are Black, Latinx, Indigenous and from other communities of color. However, professional nurses must reckon with the inequality within their ranks. According to a report summarized by the Oncology Nursing Society, Black and Brown nurses are subjected to discrimination by their peers and by the institutions that employ them.

Student nurses from communities of color are more likely to be considered incompetent by their professors. Wage disparities and lack of advancement opportunities are common for Black and Brown registered nurses. In fact, less than 1% of university deans of nursing schools and hospital chief nursing officers come from diverse backgrounds. According to the federal Health Resources and Services Administration, while Black people in this country represent 13% of the population, only 7.8% of nurses are Black.

The number of Black nurses must be increased in order to eliminate disparities in health care. Racism in the nursing profession is part of its shameful past, but it must be driven out in order to guarantee a more inclusive future.

Marie Kelly is a registered nurse and at-large member of National Nurses United.