An earth-shattering victory was won April 1 by the Black, rank and file-led Amazon Labor Union to organize a union at Amazon’s JFK8 warehouse — the first such win against Amazon in the U.S. On the heels of this historic victory, the largest ALU rally to date was held April 24 outside JFK8 in Staten Island. 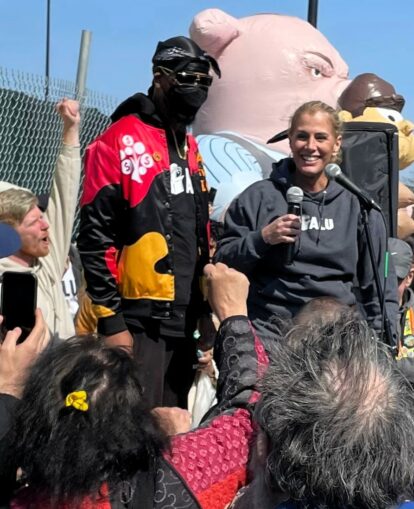 Hundreds of unionists and supporters, including representatives from the progressive movement, cheered as speaker after speaker expressed their wholehearted gratitude to and solidarity with the ALU, which has uplifted and changed the social landscape of the entire labor movement.

The rally was anticipated even before a second union vote for ALU got underway April 25-29 at Amazon sorting warehouse LDJ5, near the now-unionized JFK8 facility.

This second union drive at Amazon facilities is so significant that seasoned organizers with the United Electrical, Radio and Machine Workers Union (UE) from North Carolina, Virginia and Chicago traveled to Staten Island to help do outreach to Amazon workers before the vote and to be present at the epic rally as well.

May Day at Union Square 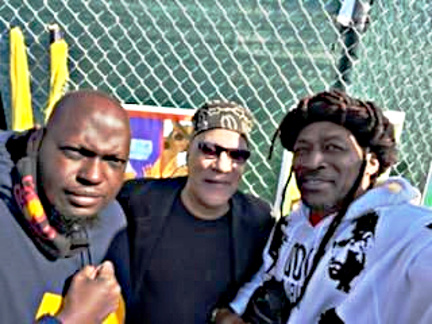 Larry Holmes, representing Workers Assembly Against Racism, invited everyone to attend the May Day rally and march, May 1 at Union Square, New York City. Speakers will include two members of the Memphis Seven, fired for organizing their Starbucks co-workers.  Holmes stated that the ALU, Starbucks Workers United and other unionizing efforts and victories will be celebrated there. He urged that all workers of all generations come to support these youth-led revolutionary campaigns that are scaring the bosses — like Jeff Bezos, Howard Schultz and others on Wall Street — to death!