While the war in Ukraine — egged on by U.S. imperialism and its NATO ally — continues to dominate the mainstream media in the U.S. and globally, terrorist attacks on the Palestinian people continue unabated. Crocodile tears are being shed for Ukrainian refugees, but there is little-to-no sympathy being shown toward Palestinians who have suffered colonial oppression for decades. 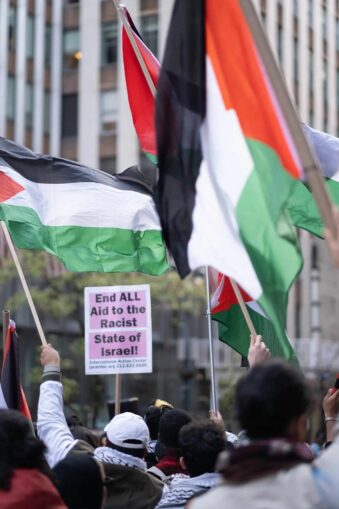 These genocidal attacks, now carried out by the fascistic Israeli Defense Forces, have been the bloody foundation that created Israel in 1948.

That year is referred to as the Nakba, or the catastrophe, by Palestinians — the year they were brutally forced off their ancestral lands. Most notable was the attack by far-right Zionist paramilitary groups on Deir Yassin, a village where close to 300 Palestinians were massacred April 9, 1948. Since the official “founding” of Israel on May 15, 1948, the U.S. has provided billions of dollars in military aid to this racist, apartheid regime.

This year, during the holy month of Ramadan, Israeli storm troopers raided the al-Aqsa Mosque in occupied East Jerusalem April 15, brutally assaulting Palestinian worshippers. Though much of the assault was videotaped and posted on social media for the world to see, the bourgeois media gave the attack scant attention compared to the barrage of imperialist propaganda about Ukraine. (Read “Palestinians resist Israeli attack on mosque,” April 20, workers.org.)

The roots of Zionism

The U.S. ruling class has always been united in its support for Israel. That military garrison state defends lucrative profits for capitalist interests in this oil-rich region — under the guise of being a safe haven for Jewish people. Nothing could be further from the truth.

Consider the fact that Theodore Herzl, known as the founder of Zionism, was an imperialist who greatly admired the despicable British colonizer of Africa, Cecil Rhodes. Herzl strived to become a member of the ruling class rather than identifying with poor Jewish people. Herzl was, in essence, a class collaborationist and a vehement racist.

Herzl’s “dream” of a Jewish homeland was elaborated by Chaim Weizmann and backed by British imperialists, including “Christian Zionist” A. J. Balfour, who wanted a permanent European wedge in the region of Islamic nations. The 1917 Balfour Declaration, signed by British imperialists, declared Palestine a “national homeland” for Jewish people. This was a cover to bring in Zionist settlers to set up an armed state and forcibly displace hundreds of thousands of Palestinians.

The U.S. ruling class has always been one of the biggest promoters of anti-Semitism. Many, like Henry Ford, were not-so-secret supporters of Adolph Hitler. As Jewish people were attempting to escape the horrors of Nazism during World War II, the U.S. issued a strict quota on how many Jewish people would be allowed to come into the U.S., turning thousands away.

In 1975, the United Nations General Assembly approved Resolution 3379 that stated: “Zionism is a form of racism and racial discrimination.” With the collapse of the Soviet Union and Eastern Bloc countries, the U.N. voted to repeal this resolution in 1991. 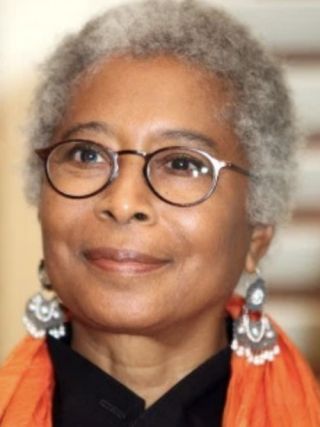 Despite the oppressive history of Zionism, anyone or any organization — like the Boycott, Divestment, Sanctions (BDS) movement — which expresses one iota of solidarity with the Palestinian people is falsely accused of being anti-Semitic.

Most recently the Pulitzer Prize-winning African American novelist and activist, Alice Walker, was disinvited from participation in the Bay Area Book Festival in San Francisco, May 7-8. Why? For simply supporting the Palestinian people’s right to return to their lands. The festival organizers claim that her actions are “anti-Semitic.”

Despite bigoted efforts to censor the BDS movement or activists like Alice Walker, they refuse to be silenced in their solidarity with the Palestinians, who continue to courageously resist the Zionist occupiers, especially in the occupied territories in Gaza and the West Bank.

An online petition in solidarity with Alice Walker reads:

“We, the undersigned, include a growing list of community leaders, writers, artists, journalists, academics, workers, social justice advocates and organizations who call on the Bay Area Book Festival to immediately reinstate their invitation to lifelong civil and human rights fighter, antiwar activist, feminist and world-renowned Pulitzer Prize-winning author of ‘The Color Purple,’ Alice Walker, to participate in their May 7-8, 2022, annual festival in Berkeley, California.

“We strongly condemn the Bay Area Book Festival’s decision to cancel Alice Walker’s participation based on spurious charges of anti-Semitism that falsely equate opposition to discriminatory policies of Zionist Israel with hatred of Jewish people.

“We stand unequivocally against the Book Festival’s shameful and slanderous statements — which are just the latest in a long line of concerted Zionist attacks on prominent Black intellectuals who espouse solidarity with the Palestinian people. Attacks on other Black people prominent in public life include, but are not limited to, Angela Davis, Michelle Alexander, Marc Lamont Hill, Cornel West and even the late Archbishop Desmond Tutu.

“We assert that defense of the Palestinian people, who suffer the daily horrors imposed on them by the racist, colonial, apartheid, settler state of Israel, has nothing in common with the despicable views and practices of Jew-hating anti-Semites, whose vitriol and violent deeds increasingly permeate political life in the U.S. and around the world.”

Alice Walker’s motto is “Activism is the rent I pay for living on this planet.”