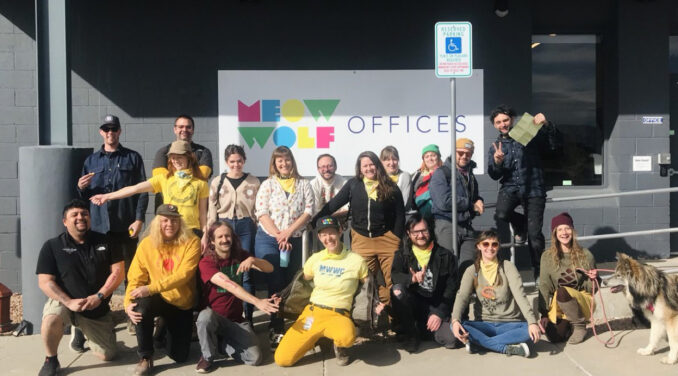 Santa Fe’s own Meow Wolf Workers Collective CWA 7055 won its first union contract March 18, after over two years of fighting for their right to organize and one final week of work-site activities including desktop picket signs and workers wearing yellow to support their bargaining team.

Over 170 working artists in creative studios, operations staff and other workers at the “House of Eternal Return” won a $60,000 minimum starting wage, stated CWA representative Milagro Padilla. “We have an agreement that we’re really proud of. What we’re hearing back from the union at this point is that people are happy. I’m so proud of the work these folks have put in. [Meow Wolf] really does employ some of the brightest and most creative people I’ve ever met, and I’m so proud of the work we’ve been able to do together over the last two and a half years.” (Santa Fe Reporter, March 18)

Contract gains include job security protections, overtime pay, doubled parental leave, a minimum wage of $18 an hour to increase to $20 by 2025, and $1 million to be spent on raises across the board. (Santa Fe New Mexican, March 23)

Over the last two years, MWWC artists faced a mass layoff of 200 workers at the outset of the pandemic, and 56 more in April 2020, with 39 later recalled. The CWA-affiliated MWWC filed unfair labor practice charges in December over management changing holiday and time-off policies, requiring new hires to sign anti-union agreements (known as “direct dealing”) and refusing to provide critical information to the bargaining team.

In a March 9 letter to SFReporter.com, MWWC organizer Bill Rodgers, Meow Wolf Story Lead, wrote, “Meow Wolf is well on its way to becoming a national success, a multimillion-dollar entertainment studio known the world over. Surely its workers have earned security by now. Surely, they have earned a wage increase that can keep their families housed in their hometown.”

The internationally renowned art installation created by local artists has made millions for investors. As reported by the Santa Fe New Mexican, “Meow Wolf has evolved exponentially in five years, from a scrappy group of anti-establishment artists to an entertainment juggernaut with new interactive installations in the works in Las Vegas, Nevada; Denver; Phoenix; and Washington, D.C.” (Nov. 14, 2021)

Initially faced with management opposition, MWWC, backed by the Communications Workers and the New Mexico Federation of Labor, bargained with management last year and obtained agreement that Meow Wolf would immediately recognize the bargaining unit, if a majority voted yes in a non-National Labor Relations Board-conducted election. A majority of the workers voted yes in an Oct. 19, 2021, election.

In 2019, the Santa Fe New Mexican covered two separate worker-filed lawsuits “against unfair pay and discrimination based on gender and sex.” About three months after the lawsuits were filed, Meow Wolf had raised its minimum starting pay, from $11.80 to $17 an hour, and later settled the lawsuits out of court. 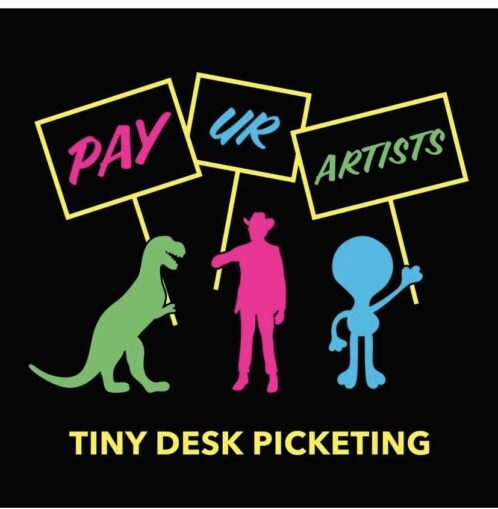