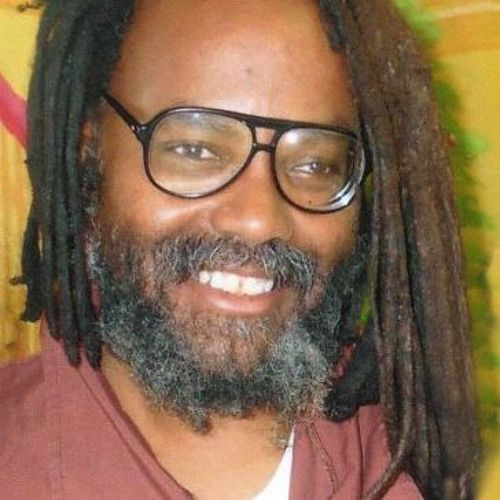 Some years back Prison Radio quoted a progressive judge as saying that we had reached: “the twilight of evil.” Half a century ago, George Jackson told us: “Fascism is here.” We were devastated by his murder, but did we really heed his words? Because heeding them would have involved making radical choices, and those choices — as clinical and sobering as they are — are still to be made today.

For today the police are not defunded but refunded to the hilt, and the Pentagon to boot with the pretext of invoked “foreign” wars.

Today we live in a society where the 8 minutes and 29 seconds of George Floyd’s high-tech lynching can no longer compete with the 15 seconds of one single nonlethal Hollywoodized slap that has gone internationally viral. However we must remember that films are the number two U.S. export after weapons.

Today, an Emmett Till Anti-Lynching Bill was signed in the Rose Garden and Ahmaud Arbery’s name raised several times during the ceremony, but where is his mother, Wanda Cooper Jones? Where is Samaria Rice [mother of Tamir Rice]? Where is Julia Wright, whose father Richard Wright, author of “Black Boy,” had an uncle lynched in Elaine, Arkansas, in 1916? Would the aforenamed have accepted an invitation?

Never forget that on that account, freedom fighters from the world over have adopted him as the “voice of the voiceless.” And that they stand ready today to place their newly found voices at his service as political character witnesses.

Never forget that his commentaries from prison are dipped in the ink of internationalism and in the mud of the “Damned of the Earth.” An earth now so prevalently poisoned.

Beyond his 13 books, brilliantly deconstructing the strategy and tactics of U.S. imperialism since slavery, Mumia throws out the pebbles of his commentaries to teach us that the Empire needs two legs to stand on. There is the Prison Industrial Complex within — to warehouse the economically, racially and politically expendable. And outside — the far-flung worldwide agro-industries, minerals and fossil oil resources that white supremacy and its neoliberal allies monopolize through imposed political and military hegemony. The peoples to whom the wealth belongs are either considered expendable like the incarcerated within — or trapped in a neocolonial pact.

So, Mumia tells us, if the U.S. chooses to play on an international chessboard — so must we. The expendables within have a lot in common with the expendables without. We must keep that inside/outside link alive. The damned all over the earth have heard this message.

A magnificent instance of such political character-witnessing is the appeal launched by NUMSA (The South African Union of Metal Workers) in April 2021, when Mumia needed open heart surgery and his prognosis was very poor. NUMSA, the greatest trade union in South Africa, gave a press conference and launched an appeal to all trade unions in Africa and the world to call for Mumia’s immediate release, as well as for the release of all elderly incarcerated prisoners in Pennsylvania and elsewhere in the U.S.

The “across-the-ponders,” the Mumia committees beyond the Middle Passage, in Europe, South America, Asia, Africa, the Black Diaspora and elsewhere, may appear secondary, but their eyes are on Mumia with love, and there is both history and strategy to that love. Please allow me to send my tribute and encouragement to the Mumia Committees in Omicron-invaded and war-torn Europe (France, Germany, Great Britain, Austria, the Basque Country etc. . . .) for their long haul, discreet mobilization for him against so many odds.

As long as Mumia’s words will continue to cause ripples like mighty pebbles cast from the ground zero of his prison to spread through the world, he stands an infinity of chances.