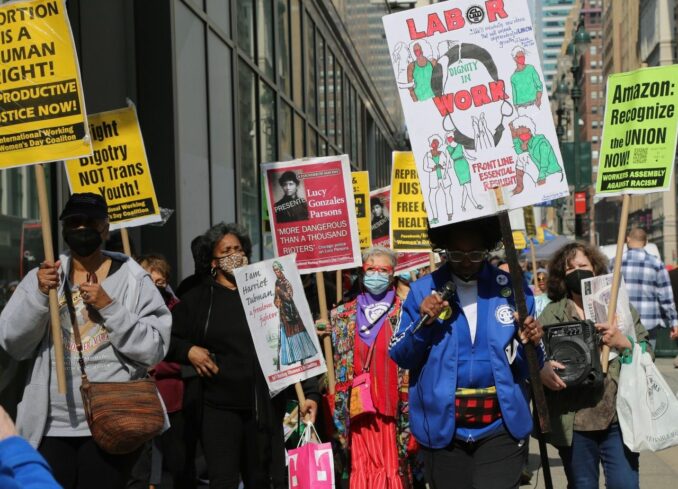 Earlier in the day, an International Working Women’s Day Coalition delegation marched from busy Penn Station to the Solidarity Center to attend the assembly, calling attention with their signs and chants to the fact that “Every issue is a woman’s issue!”