Around the globe, billions of people are suffering incredible losses resulting from capitalism’s inability and refusal to seriously address the COVID-19 pandemic. 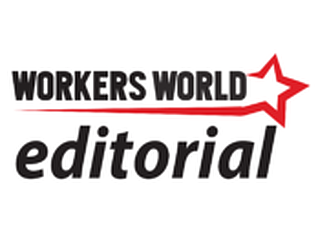 Millions have lost lives or loved ones. Families are houseless. Workers have been forced to choose between risking their health at minimum wage jobs and feeding their families, with inflation steadily driving up the costs of food and other basic necessities.

The burden has been heaviest on the Global South, on people of color, on people with disabilities, on gig economy workers and on women, many who were forced to leave their jobs for lack of childcare and other essential support.

Yet for 10 white men, the pandemic has brought windfall profits of epic proportions. Their collective wealth has more than doubled during the COVID-19 pandemic, growing to $1.5 trillion. While inequality, exacerbated by the pandemic, results in the deaths of at least 21,000 people globally each day — roughly one person every four seconds — these ultrabillionaires now grow collectively richer by $1.2 billion with each passing day.

These statistics were released in a report by Oxfam International in early January. “Billionaires have had a terrific pandemic,” stated Oxfam International’s executive director Gabriela Bucher. “Central banks pumped trillions of dollars into financial markets to save the economy, yet much of that has ended up lining the pockets of billionaires riding a stock market boom.”

According to Oxfam — and we fully concur: “An economic system that allows a handful of individuals to amass such vast fortunes, while billions go hungry and without proper medical care during a pandemic, is an overt act of economic violence aimed at huge swaths of humanity.”

Where we differ from Oxfam is in the solution.

Oxfam calls for a “wealth tax” as a way to redistribute wealth. While there is nothing wrong with this, it doesn’t address the systemic problem. The superbillionaires will do what they always do — pass the costs of higher taxes on to consumers through price increases and to workers through decreased wages and benefits.

The real source of their wealth stems from their superexploitation of the collective labor of their workers. It is highly unlikely that Jeff Bezos ever hoisted a heavy box in one of his Amazon warehouses in competition with a robot. Or that Elon Musk ever worked on a Tesla assembly line. Yet they have both grown superrich exploiting the labor of the workers who do these jobs.

Take back the wealth we’ve produced!

Wealth redistribution only comes from organized workers taking back the wealth they collectively created — wealth stolen from them by the bosses. While a wealth tax should stay on the table, President Joe Biden signing an executive order to pass the Protecting the Right to Organize Act would go a lot further in addressing income inequality.

The solution needed right now is broad and intense support for unionizing efforts by workers at Amazon, Starbucks and many other corporations — large and small.

But to truly address income inequality, our fight must be for socialism, under which the means of production are collectively owned by workers and oppressed — where these über-wealthy CEOs would actually have to do an honest day’s work for once in their lives.