“It is inhumane, and by its design it is driving men insane. Solitary confinement makes the criminal justice system the criminal.” 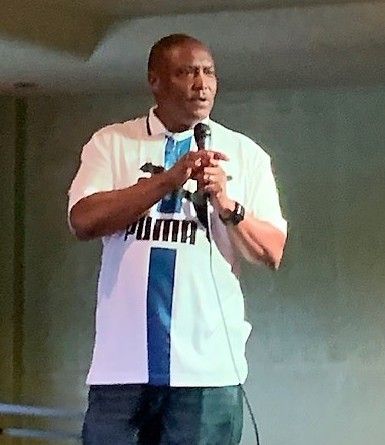 “Death-sentenced prisoners in 12 states are automatically placed in indefinite solitary confinement, based solely on their death sentence. These prisoners spend between 21 and 24 [hours] per day in their cells, with very limited meaningful human contact. There is no possibility in any of these states for death-sentenced prisoners to have their placement reviewed, to be placed in a less restrictive custody level.” (Merel Pointier, “Cruel but not unusual: The automatic use of indefinite solitary confinement on Death Row,” Texas Journal on Civil Liberties & Civil Rights, Fall 2020)

Solitary confinement is considered cruel and unusual by international standards. The United Nations adopted rules for the treatment of prisoners in 1955; the U.N. General Assembly adopted revised rules in 2015, now known as the Mandela Rules. These rules forbid torture or other cruel, inhuman or degrading punishment or treatment. Specifically prohibited is prolonged solitary confinement without human contact for more than 15 consecutive days.

There is strong international consensus against the indefinite use of solitary, but this does not exist in the U.S. The American Correctional Association doesn’t reject the use of solitary. However, the Department of Justice rejects the prolonged use of solitary without specific penological purpose, saying prisoners should be housed in “safe and humane conditions.”

Independent international and domestic reports suggest that the U.S. is an outlier in its use of prolonged solitary confinement. In 2014, the American Civil Liberties Union published a report about the dangerous overuse of solitary in the U.S. Amnesty International found that the U.S. “stands virtually alone in the world in incarcerating thousands of prisoners in long-term or indefinite solitary confinement.”

There can be violations of the U.S. Constitution in the use of indefinite or prolonged use of solitary confinement. The 8th Amendment forbids cruel and unusual punishment. Due process and equal protection are guaranteed under the 14th Amendment.

Recently there have been challenges to the use of prolonged solitary in eight states — Arizona, Florida, Louisiana, Kansas, Oklahoma, Pennsylvania, South Carolina and Virginia. In Virginia the federal court did rule in favor of the prisoners. In six states legal challenges have resulted in significant changes to confinement conditions, including more out-of-cell time and more human contact. In Florida, the death row prisoners and the prison administration are still in mediation.

While the facts about solitary can be laid out geographically and in statistics, the real crime of indefinite solitary for those on death row is the inhumanity, the loss of sanity, the terror of mental illness.