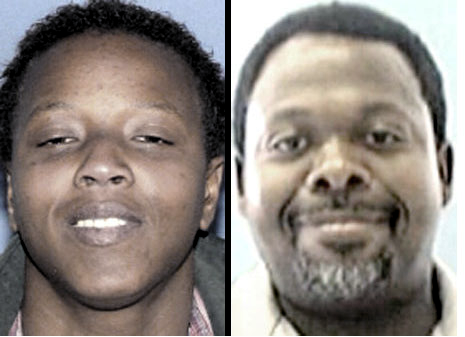 137 Shots” is a new documentary now streaming on Netflix. Directed by Michael Milano, it documents the 2012 execution-style murders of Malissa Williams and Timothy Russell by Cleveland police. Two years later 12-year-old Tamir Rice was gunned down by Cleveland cops while playing at a local recreation center.

The killing of young Tamir plays a central role in the film, which pieces together all the parties involved in the racist cover-ups. 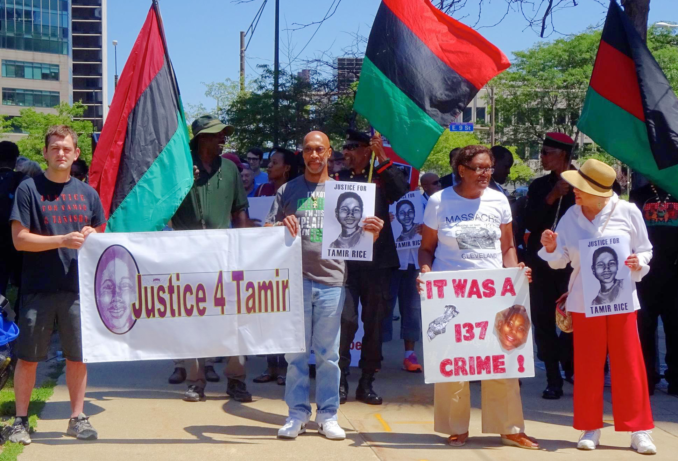 The beginning of the film focuses on Cuyahoga County Chief Prosecutor Timothy McGinty, seemingly caring about the unarmed victims shot 137 times. The slaughter included Cleveland police officer Michael Brelo leaping on the hood of Russell’s 1979 Chevy, reloading his gun and firing the rest of his bullets into the lifeless bodies of the two occupants. A total of 62 patrol cars were involved in the chase through Cleveland and into East Cleveland, finally cornering 53-year-old Russell and 30-year-old Williams at a school parking lot, with 13 white cops doing all the shooting.

Protests began immediately on the streets of Cleveland and East Cleveland; these first protests were not shown.

But then Tamir Rice is shot dead by racist cops, the murder caught on nearby security cameras. The protests could no longer be ignored. Over 1,500 protesters shut down Cleveland highways and downtown streets. Then the documentary starts to show the ongoing movement for justice for Russell, Williams and Tamir Rice.

Another police murder took place around the same time as Tamir’s. Tanisha Anderson was killed by Cleveland cops responding to a wellness check called in by her family. Anderson’s death was not covered in the documentary, but her name was chanted at every street action.

Previously unseen footage of investigators interviewing the police is especially instructive. The cops were treated with kid gloves, given months to coordinate their stories involving the 137 shots and subsequent car chase. The interview with Timothy Loehmann, the trigger man in the Tamir Rice execution, is especially infuriating. Such obvious lying cannot be covered up forever.

The documentary finally hits its stride and exposes the whole damn (in)justice system, from the cops, prosecutor and judges to the media and Cleveland Police Patrolmen’s Association.

The families of Russell and Williams as well as Samaria Rice (mother of Tamir) are featured speaking in their own voices. They are shown as powerful advocates for their loved ones.

The end of the film features the Republican National Convention held in Cleveland in 2016. It highlights the intense police occupation of Cleveland, which was very scary in its firepower and numbers. Unfortunately no coverage of demonstrations protesting Trump and the right-wing bigots occupying downtown Cleveland made the final cut.

Any weakness of “137 Shots” is minor when considering the overall power of the film. It is skillfully made, first lulling unknowledgeable viewers into believing the slimy, fake sincerity of the various bigots carrying out their job of protecting racism in Cleveland. By the end of the movie, it is proven beyond a reasonable doubt that a grave injustice was done to Timothy, Malissa, Tanisha and Tamir and to everyone who loved and cared about them.