With fatal and nonfatal drug overdoses dramatically rising during the COVID-19 pandemic, the U.S. needs a new strategy for countering this menace. In a number of cities, steps are underway to counteract this horrible loss of life. One is the foundation of safe consumption sites — places where addicted people can safely use drugs.

The first effort to open a safe consumption site in the U.S. was in Philadelphia. Unfortunately, the effort known as Safehouse was delayed, if not completely defeated, by politicians opposing harm reduction. San Francisco, Seattle and cities in Massachusetts are going forward with plans to open safe consumption sites. Rhode Island authorized a two-year pilot program. 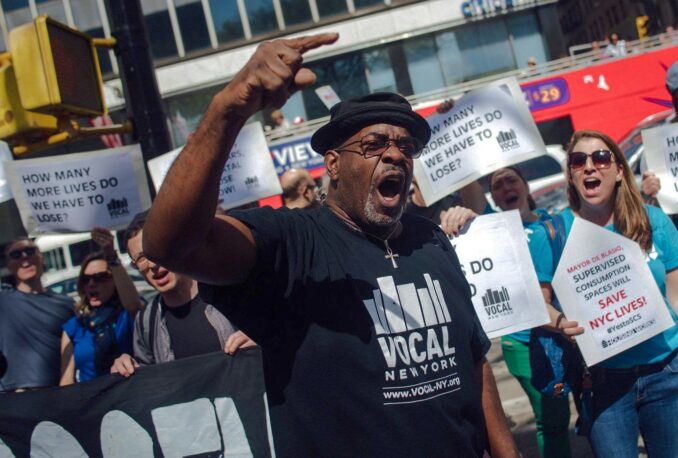 However, recently New York City successfully opened two safe consumption sites. With one opening in East Harlem and another in Washington Heights, the city took a giant step in the fight against opioids and overdoses. The organizations New York Harm Reduction Educators and Washington Heights Corner Project — soon to merge into a single group known as OnPoint NYC — control the sites.

What will these sites actually do? First, they will act as Narcan distribution sites, where the opioid overdose-reversing drug Narcan (naloxone) will be used to reverse any overdoses that take place near or at the facility. Second, they will act as syringe-exchange sites where people can get clean needles, reducing the chance of acquiring hepatitis B, hepatitis C and HIV (human immunodeficiency virus), while using.

It’s not just harm reductionists who are fighting for safe consumption sites. The American Medical Association supports the opening of such sites, despite its prohibitionist stance. They said: “Studies from other countries have shown that supervised injection facilities reduce the number of overdose deaths, reduce transmission rates of infectious disease and increase the number of individuals initiating treatment for substance-use disorders, without increasing drug trafficking or crime in the areas where the facilities are located.”

Overdose deaths in the U.S. rose to 100,000 this year, up 30% from 2020, with COVID-19’s mental health impact largely blamed for the rise. In NYC, over 2,000 people died of drug overdoses in 2020, the highest toll since overdoses were first tracked there. In OnPoint-run facilities, people were saved from overdose deaths.

Unfortunately, in prohibitionist U.S., safe consumption facilities are often treated like crack houses and shooting galleries. The crack house statute codified in federal law makes it a felony to “open, lease, rent, use or maintain a place for the purpose of manufacturing, distributing or using any controlled substance.” This statute could declare safe houses the same as crack houses, a comparison that is emotionally and intellectually bankrupt.

Crack houses are dark and dreary places, where nobody cares about anyone; and if you overdose, you will likely die. Safe consumption sites serve as the opposite: The staff cares about the lives of people using them; they wish to see addicts and other drug users survive and thrive. President Joe Biden’s Justice Department hasn’t commented on whether or not they’ll make a move against these sites.

The working class faces a deadly overdose epidemic with waves of people suffering from the disease of addiction. We must support safe consumption sites and other methods of harm reduction. We call on all fighting members of our class to support this.