The following remarks were delivered by Jamal Jr. during a webinar Dec. 9 to mark the 40th anniversary of the state’s illegal incarceration of Mumia Abu-Jamal. 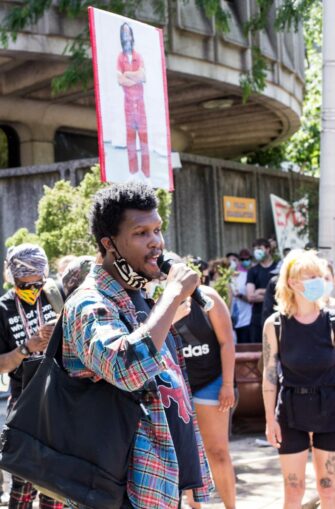 But it’s his intention that makes you want to listen. Forty years ago, the oppressors sought to silence him permanently. They sought to use a kangaroo court presided over by a known racist, Judge Albert Sabo. This racist sentenced my grandfather, a journalist, to death.

Yeah, he was to be executed, but the people fought and held him tight. They supported him in the streets, from Philly to France and back again. And the people pulled and dragged him from the clutches of death row. It’s the people [who] claimed Mumia as their own. The people deemed Mumia’s fate was not to be executed by a corrupt state.

For the full webinar:  https://tinyurl.com/2p87mdvz