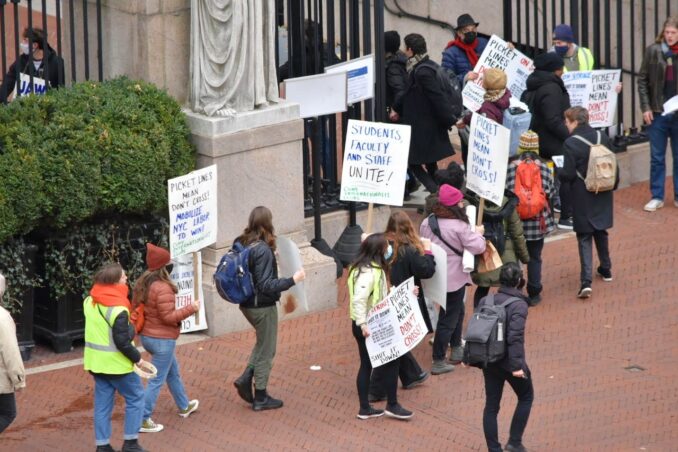 Striking Student Workers of Columbia University in New York City set up a picket line Dec. 8 and declared a shutdown at the school. Their signs informed those unfamiliar with strikes: “Picket line means don’t cross!” Honoring the picket line meant no crossing to go to classes and no entry onto campus to go to the library or access other services. Some classes at sibling school Barnard College were also canceled. The shutdown was a response to university administration threats to replace the student workers with non-union staff.

Represented by United Auto Workers Local 2110, the workers began their strike Nov. 3. Organizers point out that student worker wages range from $10,000 to $18,000 below a living wage. Strike demands include a wage increase, dental and vision benefits, union recognition of all student workers and protections from sexual harassment and power-based bullying.

—  Ruth Weaver and Minnie Bruce Pratt contributed to this report.