There is no ethical consumption under capitalism. That truism has been burned into my mind since the moment I entered the workforce. Being a worker exposed me to many of the societal problems that capitalism creates.

I’m sure many of you are aware of the ways businesses screw over not only employees but other businesses. But a couple of weeks ago, I became aware of how capitalism enables us to screw ourselves over. 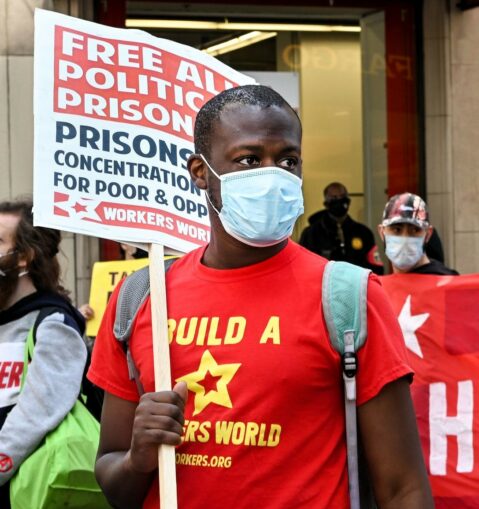 I was at Rite Aid and asked the clerk where they sold lotion. The clerk referred me to the place, but not before telling me how deleterious lotion can be for your skin. The clerk elaborated by letting me know how their doctor warned how lotion can rob your skin of moisture. They then recommended vitamin E oil, stating this is beneficial in protecting skin from harmful UV radiation. With this information, I ended up choosing vitamin E oil.

When I got home, I couldn’t help but think about what the clerk told me. Out of curiosity, I googled facts about the content of over-the-counter lotions, and I was stunned about the findings.

Body lotions tend to be filled with harmful ingredients and chemicals. Many of the ones I found had ingredients I couldn’t even pronounce, such as butylated hydroxyanisole, which is apparently a common food preservative, and triethanolamine. Both ingredients have been recognized as carcinogens — substances with the potential to cause cancer. (tinyurl.com/ycxwsme9)

This startling discovery unveiled a very critical problem. Oftentimes the working class and poor people are forced to purchase and consume low-quality products, because big firms use cheap ingredients to shave costs. This is apparent not only in care products like body lotion but in the foods we consume. Organic foods are extremely costly, and the stores that sell them are not located within reach for a large portion of the population.

In addition to this, late-stage capitalism is making it near to impossible to raise a family with only one income. Millions of single mothers work long hours to provide for their children. It is not uncommon for working parents to spend 12- or even 14-hour shifts on the job, with few to no breaks and often a paltry slot of time for lunch.

Workers forced into these shifts are left tired and weak, unable even to hold their children when they come home, let alone prepare a nutritious meal for them. Working-class families are forced to fill their shopping carts with products stuffed with unhealthy preservatives and additives. Nitrites commonly found in lunch meats that parents include in school lunch bags are common carcinogens. (tinyurl.com/2kky9rjn) Additives like high fructose corn syrup, a ubiquitous ingredient in many juices that children sip, often lead to type 2 diabetes.

The harm to the working class — who carry long shifts on the jobs and often live in food deserts — is inflicted not only on parents but also on the children. This is shown in the high rates of diabetes, hypertension and heart failure in all ages of people in low-income communities.

This damage to working and poor people is emblematic of the depths corporations are willing to sink to earn a buck. But the hurt extends beyond parents at jobs and their young children to older students at educational institutions.

As capitalist propaganda continues to push higher education as the ultimate ticket out of poverty and into a life that supposedly typifies the “American dream,” students across the U.S. and all over the world pile on a plethora of “honors” and advanced placement courses. They subject themselves to a laundry list of extracurricular activities, which they often don’t enjoy, in the hopes of getting even a sniff of the hallowed air of the Ivy League.

A toxic, hypercompetitive environment creates a need for an edge. For many workers and students, this edge comes in the form of energy drinks. Energy drinks like Monster and Rockstar claim to provide a boost that Coke, Pepsi or even coffee can’t provide.

When I was in college, I recall the dozens of restless nights studying for exams and typing papers, fueled by cans of energy drinks. For the bold who want an even bigger boost, a market has been developed for caffeine pills.

But as it turns out, the cans of Monsters that millions of us rely on can prove hazardous to our health as well.

Caffeine consumed in high qualities can lead to an increased chance of having a hemorrhage or a stroke. This information is unfortunately not doing much to stymie the rapid increase in energy drink sales, which even in 2016 almost hit $3 billion. (tinyurl.com/2p83ja7d)

My little run to Rite Aid that evening ended up driving home a necessary point: As late-stage capitalism rages on, the working class faces a war not just with the ruling class but with themselves, as they struggle to live a healthy life while managing to stay afloat.