It is a well-known fact that the U.S. has the highest number of incarcerated people in the developed world at over 2 million. Of that number, there are more than 2,500 people on death row. (independent.co.uk, Oct. 28) The Associated Press reported the percentage of Black people on death row was 42% compared to the overall U.S. Black population of 13%. (Sept. 15, 2020) 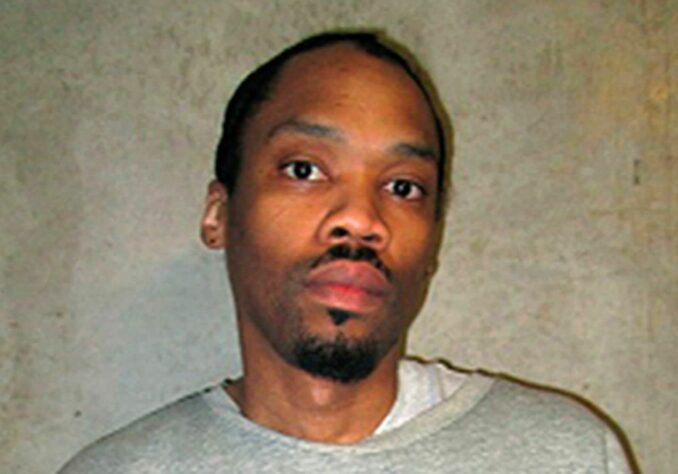 These shocking numbers alone speak volumes as to the systemic racism that has disproportionately impacted the Black population, starting with the days of the trade in enslaved Africans.

The vast majority of those on death row are made faceless and isolated behind the walls on purpose, under a heartless system that views them as less than human. The prisons are concentration camps for the poor and the oppressed, especially for Black, Brown and Indigenous peoples.

But every once in a while a particular case emerges — not because it is so different from other cases, but because its circumstances are so egregious that it generates a mass interest at a grassroots level. This ignites a spark among high-profile public figures who want to lend their support.

Such is the case of 41-year-old Julius Jones, a Black man who had been sentenced to death in Oklahoma for a murder he did not commit. Jones was just hours away from being put to death by lethal injection Nov. 18, when Republican Governor Kevin Stitt granted him clemency. Many of Jones’s supporters celebrated the clemency as a victory, which is understandable.

In reality, the victory was a bittersweet concession, since Stitt’s clemency overruled the Pardon and Parole Board’s original recommendation on Nov. 1 to commute Jones’ sentence to life in prison with the possibility of parole. As of now, Stitt says that Jones has to spend the rest of his life in prison without any possibility of parole — a slow, tortured death. Jones has maintained his innocence for over 20 years, while his co-defendant, Christopher Jordan, admitted to committing the murder during a carjacking in 1999.

Jones’ case was highlighted in a 2018 ABC documentary, “The Last Defense,” on Oklahoma’s high-profile death penalty and its inhumane use of lethal injections in 2014 and 2015.

In 2019, the Julius Jones Coalition, organized by his family, friends and community activists, gained supporters such as Baker Mayfield — the Cleveland Browns quarterback and a former Heisman Trophy-winner with the Oklahoma Sooners — and Stephen Curry, Draymond Green and Steve Kerr from the National Basketball Association’s Golden State Warriors.

Other NBA players such as Russell Westbrook, Blake Griffin, Trae Young, Buddy Hield and other famous athletes who, like Julius Jones, have played sports in Oklahoma, demanded clemency.

This Coalition was instrumental in organizing Black Lives Matter-related demonstrations to stop the execution of Jones, including at the State Capitol and the State Penitentiary. Students at the University of Oklahoma marched on their campus to demand clemency.

For Julius Jones to serve a life sentence with no hope of parole is not justice. Jones deserves to not die by lethal weapon. More than that, he deserves to not die in prison — just like the 2,500 plus people on death row deserve a better life outside prison.

The death penalty is no deterrent from crime, including acts of violence rooted in economic, emotional and mental hardships. It is a racist, anti-worker and anti-poor weapon, wielded by a repressive state in a futile attempt to mask poverty and all forms of inequality perpetuated by a capitalist system that puts profits before human needs. Abolish the death penalty! Abolish capitalism! Free them all!