The Professional Staff Congress (AFT 2334) represents 25,000 faculty and staff at the City University of New York. CUNY is an unusual higher education public institution, since it is funded by both the state and city of New York. 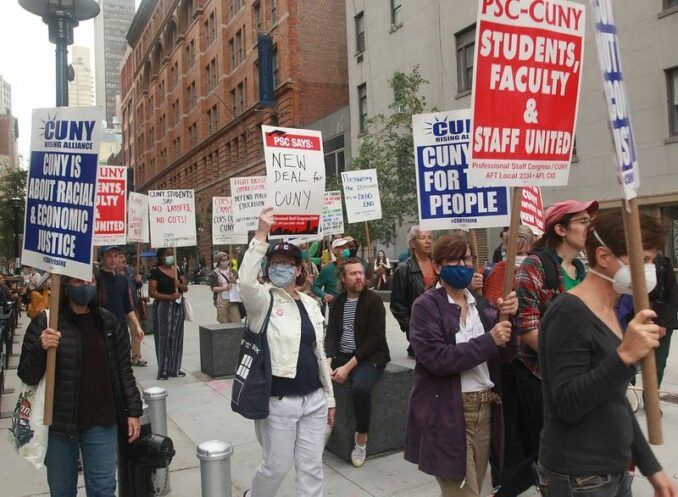 A rally called by the PSC at the CUNY Board of Trustees meeting Oct. 25 drew over 100 faculty, staff and students to the physical demonstration on the campus of Baruch College. Hundreds more participated online through live streaming of the event.

The union is demanding the trustees support an increase of $416 million in operating aid and the $1.25 billion in capital investment requested by CUNY’s administration. The demonstrators called on Gov. Kathy Hochul and presumptive NYC Mayor Eric Adams to fully fund the request.

The CUNY student body is predominantly Black, Brown and low-income.

Some of the speakers supported CUNY having free tuition, as it did when its student body was predominantly white.